Listen to some songs to get you on your feet or bundle you up during the chilly winter months. 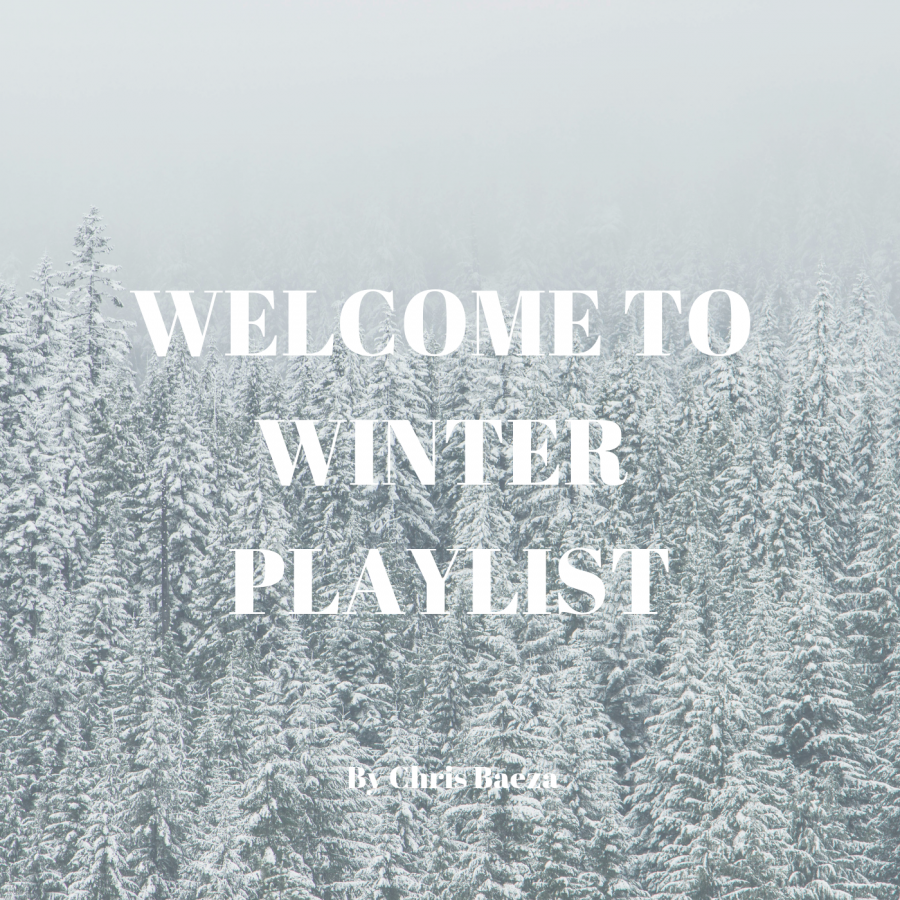 The winter season is in full swing now that the first big rain storm has passed through Southern California. Sure, during the months of winter one would think of hot cocoa, candy canes and the overplayed, overproduced Christmas music playing over the speakers at every mall one visits. Well, if you get tired hearing “Blue Christmas” or “Jingle Bells,” why not listen to some other songs that remind you of the winter season? This 11-song playlist ranges from folk to rap to some in between.
“Soul Meets Body” by Death Cab for CutieThe album “Plans” by Death Cab for Cutie boasts a somber mood throughout most of the album, but “Soul Meets Body” differs with its uptempo, upbeat melody and generally whimsical lyrics. Like some Christmas songs, “Soul Meets Body” begins with jolly bells ringing in the background, which reminds listeners of the more cheerful side of the winter season.
“Winter Winds” by Mumford and SonsFrom Mumford and Sons’ debut album, “Sigh No More,” listeners should hold tight as “Winter Winds” boasts loud horns and the band’s once-classic folk charm that will blow a joyfully pleasant sound into listeners’ ears. “Winter Winds” is a love song that encourages listeners to allow love to grow despite the shame and hard times ahead. If anything, this song is another beacon of hope where Mumford and Sons leaves us with the encouragement, “And if your strife strikes at your sleep, remember spring swaps snow for leaves—you’ll be happy and wholesome again when the city clears and sun ascends.”
“Minnesota” (Remix) by Lil Yachty, Quavo, Skippa Da Flippa and Young Thug“Minnesota” is not necessarily a song that has anything to do with the winter season itself. Despite the lack of a literal winter theme, Lil Yachty and other talented rappers, Quavo, Flippa and Young Thug combine their clever lyrics with the the theme of cold weather in the state of Minnesota saying, “’Cause it get cold like Minnesota, cold like Minnesota cold like Minnesota, cold like Minnesota, need to stay up out them streets if you can’t take the heat.”
“We Will Become Silhouettes” by The Postal ServiceIf The Postal Service’s style and mood sound vaguely familiar, it is because Death Cab for Cuties’ lead singer Ben Gibbard is also the lead behind this seperate project. Though “The Postal Service” is a completely different project from Death Cab, there is a similar punk/indie vibe that sets these two bands in close relationship. “We Will Become Silhouettes” has an upbeat electronic sound that makes this a cuter love song to add to our already cheery winter playlist.
“Winter Song” by The Head and the Heart“Winter Song” by The Head and the Heart slows our playlist down a little bit. The song brings listeners to a calm place, where one can reminisce and look back at the days of the past. The lines “Summer gone, now winter’s on its way” point us toward a reflection of the time that has passed us and how soon one day, just as the seasons come and go, we too will return to some good days in the future.
“Bed Down” by Penny and Sparrow“Bed Down” by Penny and Sparrow is a song that takes listeners through the emotions of being attracted to a former lover. The duo goes through the heartbreak of being seduced by old feelings and the desire to be rid of past emotions. Though not necessarily a winter song, the music video band members Andy Baxter and Kyle Jahnke running down a rural backroad during a brisk morning invokes a chilling reminder of burning love gone cold.
“Cold Is the Night” by The Oh Hellos“Cold Is the Night” is another downer on this list, yet its message does not leave listeners in pain. The overall message of the song reminds listeners there are better days ahead. Though it may be a cold winter night whose burdens weigh heavy on the journey ahead, there is help coming soon. The band’s albums tend to have Christian themes displayed on most of their tracks, so this cry for help could be interpreted as calling out to people or even God when the burdens of life get too heavy.
“Holocene” by Bon Iver“Holocene” comes from Bon Iver’s self-titled album. In the words of the artist himself, this song shows “we are dust in the wind.” Yet he does not leave it at that, as Iver believes that, “there’s a significance in that insignificance.” This is a helpful description and reminder for this song because of Iver’s heavy autotuned voice. Though hard to interpret, “Holocene” is a wonderful and chilling track that listeners could put on during a cold winter morning.
“The Only Thing” by Sufjan StevensDespite lacking a winter theme, “The Only Thing” presents a cold, hard feeling. The song is about the memory Sufjan has of his late mother. Genius.com goes on to say, “This song touches on his feelings from that time. Sufjan goes through a destructive or even suicidal phase but finds sustaining beauty in religion and nature.”
“Winter” by KhalidOff of Khalid’s debut album “American Teen,” “Winter” deals with being interested in somebody who is not equally interested in you. The artists uses winter as a symbol of getting the cold shoulder from someone who may have seemed warmer––like summer—and more interested than they really were. Though sad, Khalid seems to hold on to some shred of hope by saying, “Love grows colder in the winter-promise that you’ll keep my love with ya.”
“White Winter Hymnal” by Fleet FoxesThough the last few songs have been dark and heartbreaking, “White Winter Hymnal” will close this playlist with a more joyous mood. The artists have said that the song’s lyrics are basically meaningless, but lyrics such as, “With scarves of red tied ’round their throats to keep their little heads from fallin’ in the snow,” only tend to push that statement closer to the truth. Despite confusing lyrics, the song presents unique and pleasant winter themes.