The Eagles ride strong overall play to the national title. 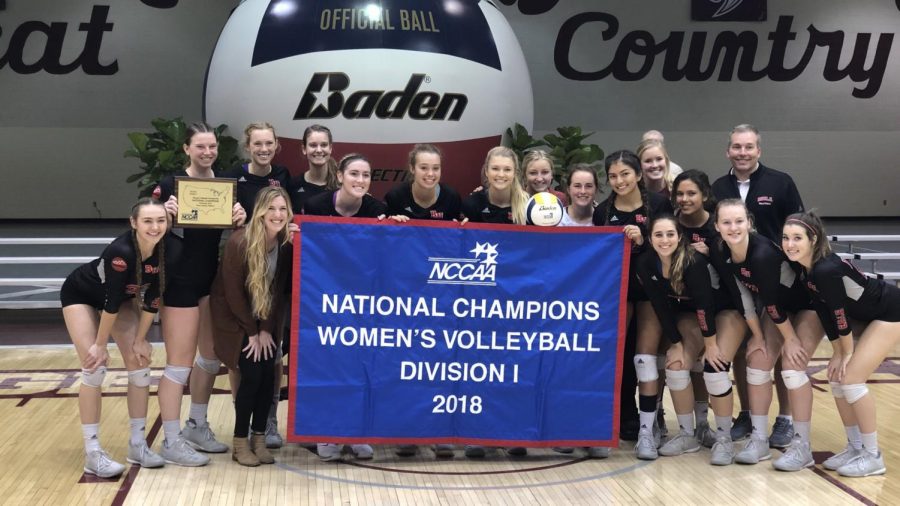 Biola volleyball came into Saturday’s title game looking to defend last year’s NCCAA championship, and the Eagles did just that with a convincing four-set win over College of the Ozarks for their second consecutive championship.

The first set saw the Eagles jump ahead early, and in the final match of her collegiate career, senior setter Brinley Beresford put down a perfect tip to put her team ahead 20-15. Biola recorded an impressive five aces in the set, and junior outside hitter Sabrina Winslow put down a kill to take the set 25-18.

The host Bobcats put up a much tougher fight in the second set, as they jumped ahead 11-8. The Eagles battled back to tie the set at 18, but strong hitting led COFO to a 25-20 set win.

Biola came out motivated after dropping their first set of the tournament, gaining a quick 8-2 advantage. The Bobcats refused to give up, closing the gap to four, but the Eagles refused to let them get any closer as they took the set 25-21.

With their second title in sight, redshirt sophomore outside hitter Christina DenBoer put down her 10th kill of the match to pull the Eagles ahead 13-9. Sophomore middle blocker Bekah Roth put down a smash to double up the Bobcats 18-9, and she slammed home yet another kill to clinch the title for Biola, 25-13.

DenBoer impressed with 13 kills, followed by senior opposite hitter Karly Dantuma with 12 and senior middle blocker Sierra Bauder with 11 to close out their outstanding careers at Biola. Beresford tallied 26 assists to go with sophomore setter Vanessa Garcia’s 19 to set up the offense.

The Eagles earned several honors for their efforts, including Beresford and Bauder with all-tournament recognition. Bauder was given the honor of NCCAA player of the year. Additionaly, Bauder, DenBoer and Dantuma were named NCCAA All Americans, and head coach Aaron Seltzer was named NCCAA coach of the year.

The Eagles will be bringing their second NCCAA championship banner back to Chase Gymnasium, finishing the season with a record of 30-6.