Eagles take on NDNU and earn their third victory of the season. 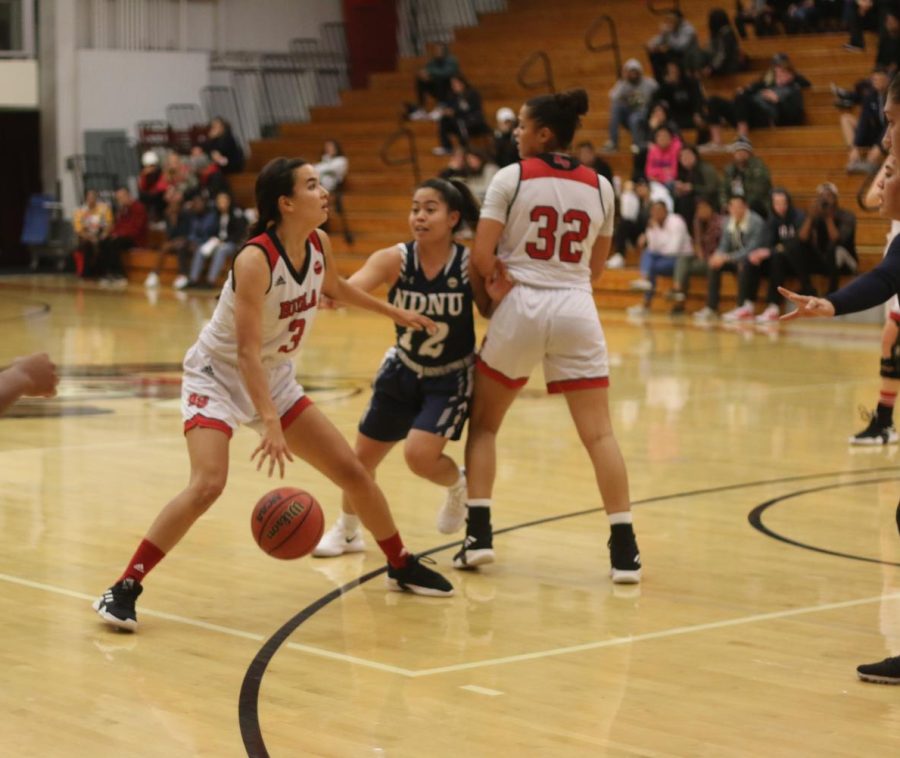 On a rainy Thursday evening, women’s basketball returned home to Chase Gymnasium and kicked off their PacWest conference schedule with a win against Notre Dame De Namur University on Thursday. The Eagles took an early lead and never looked back, taking a 74-40 victory.

In the opening of the game, the Eagles took the lead with a jumper by sophomore forward Jazz Benn. Biola built a huge lead over NDNU and grabbed 14 rebounds to bring the score to 22-12. Throughout the second quarter, the Eagles continued to score and worked hard on defense by only allowing NDNU to score six points, going into halftime leading 37-18.

The Eagles flew with 11 points from the bench and forced 11 turnovers in the third quarter alone. Biola also tallied 23 points, which proved their highest amount of points in the quarter alone, bringing the score to 60-28. At 4:16 of the fourth quarter, the Eagles pushed their largest lead of 41 points with a final three-point shot by junior guard Brenna Khaw, and the game ended with a final score of 74-40.

“It went exactly how we wanted it to go. I think we should’ve beat that team by as much as we beat them by,” Brimley said. “My energy helps the team defensively and if I’m doing well on offense, I’m probably doing well on defense.”

With the win, the Eagles move to 1-0 in conference and 3-4 overall. They continue play at home against Holy Names University on Saturday at 1 p.m.