Soaring Stories: ‘I am God’s Miracle’

Music student David Chung shares the miraculous story of his blessings at Biola. 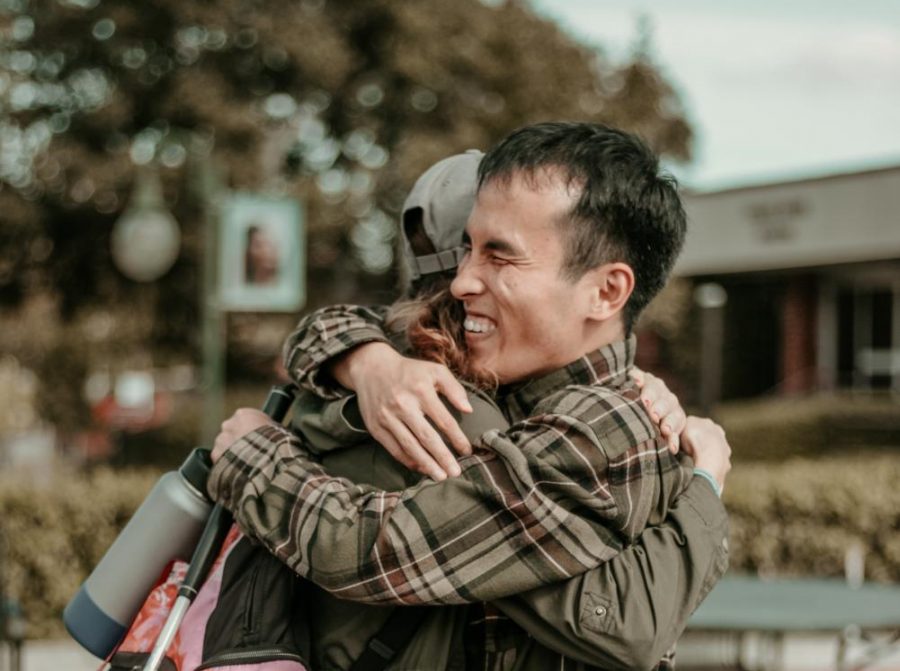 Senior music performance major David Chung says that his college journey, while difficult, has also been miraculous. He states that he has faced obstacles in his visual impairment and financial difficulties, but that he has faced these obstacles not by himself, but with God. He is currently funded through scholarships and personal fundraising, enabling him to graduate without debt.
GOD SPEAKS
Chung and his family immigrated to the United States when he was 10 because of greater opportunities for those with disabilities compared to South Korea. After a public education in South Korea, Chung looked for a college education until he seized an opportunity to visit Biola.

“When I was 14, a [Talbot School of Theology graduate] gave me a tour on [Biola’s] campus,” Chung said. “When I first came to Biola to visit, I immediately got hooked. It was not only the integration of faith and learning into every academic discipline that was very appealing, but the tangible presence and peace of God on this campus was [engaging] as well, which I’ve never experienced anywhere else.”
GOD TRIUMPHS
While the move was successful, the family later found out they were short on money to renew Chung’s visa. This eventually resulted with Chung being designated as an “undocumented student.” Because of this, Chung could not request any kind of loan or financial aid from the government, leading him to study at a community college as a math major. During his study, he realized he could not see himself as an accountant. He wanted to reach out and be active with people. Around that time, another route opened in the process of his application to Biola, which he says God told him to attend in a dream.

“I asked God, ‘I thought you wanted me to come to Biola? Why is it so hard?’” Chung said. “And God said to me, ‘You didn’t try one thing.’ And I’m like, ‘What are you talking about, God?’ And he goes, ‘You know exactly what I’m talking about.’ For the past two years when I was trying business and psychology at community college, people told me that I should audition as a music major, like, hundreds of people.”

After Chung’s music performance audition at Biola, what he describes as a miracle happened. Not only was he accepted to Biola, but he was financially provided with scholarships, grants and donations.

“Though I know that there are people who are more qualified than I am, God, being so merciful, has blessed me with so many things, including being able to go to Biola,” Chung said. “Seeing God provide for me like this over and over again, I just cannot express how thankful I am for how extravagant his grace and faithfulness has been to me throughout my time at Biola.”

Chung has currently received $140,000 worth of financial support throughout his seven semesters at Biola. Chung has also broken out of the status of an undocumented student through the Deferred Action for Childhood Arrivals act that President Barack Obama passed in 2012.
GOD PROVIDES
Chung commuted during his first two and a half years and did not find it an easy experience. He used the Access Service transit system near the campus and says having to go back and forth was very inconsistent. Chung had always looked for an opportunity to live on campus and began dorming last semester.

“When I thought it was all over, somebody whom I don’t even know donates over $4,000 dollars in one shot,” Chung said.

Chung’s vision is only able to distinguish between light and darkness. While he could have been suffering through the difficulty, Chung says he appreciates every little bit of support from the Biola community including his friends, professors, faculty and even the cafeteria.

“Biola University is my home away from heaven. I mean, I feel so loved here. I feel like I can be myself because people don’t see me as an incomplete person who is a burden to society. I don’t have to prove my work to anybody,” Chung said. “I can be so comfortable here and take risks. It’s the most amazing feeling, apart from heaven itself.”
GOD INSPIRES
Chung says his love for Biola has inspired him to become a professor in the music department after studying through graduate school.

“Because of how much I love Biola, I don’t see myself working anywhere else,” Chung said. “It would be fun for me to pour into other students’ lives as well, just like so many of my professors had done for me.”

Chung is currently running another fundraising campaign with a goal of $8,000 in order to be able to graduate and pay off his room and board fees.