“Delta” captivates listeners, yet lacks the nostalgic sound that made them famous. 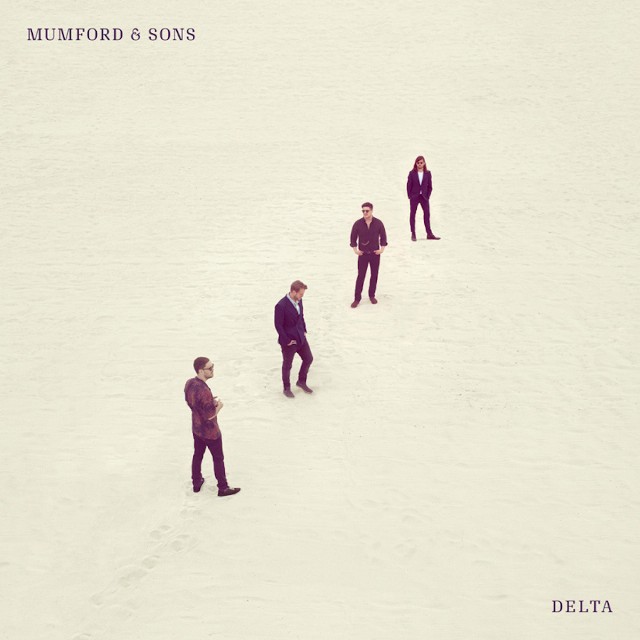 If you are looking for the once-bearded, bowtied blokes that made folk music cool again in 2010, then you will be a “Hopeless Wanderer,” because Mumford and Sons’ new album, “Delta,” is a brave departure from the Mumford of old.

The 14-song alternative rock album displays the band’s new experimental sound that contrasts with their 2015 album, “Wilder Mind.” Critics have not responded well to Mumford and Sons’ new undertaking. Rolling Stone said, “it feels overwhelmed by its ambitions” and Pitchfork chimed in with, “Mumford & Sons’ new sound takes on a dull, beige quality when consumed for too long.” “Delta” is a unique, new adventure that Mumford and Sons takes, that grows on listeners if they can get over the fact that the old, folky Mumford is now dead and a new, modern Mumford has arrived.

Brief flashes of classic Mumford sound appear in songs like “Beloved,” which begins with an upbeat banjo riff, as well as in the clean and solid harmonies found in the first track, “42.” Listeners do not have to listen for more than 10 seconds into the album before noticing the new synthesized sound. Mumford and Sons often broke out distortion pedals on songs such as “Woman” or “Rose of Sharon,” but the biggest changes displayed are on “The Wild,” “Picture You” and “Darkness Visible.” “The Wild” begins with pianist Ben Lovett playing a simple melody reminiscent of “Hopeless Wanderer’s” slow beginning. Three minutes in, the track begins to take a turn as ambient sounds drown listeners before the plucking of violins, triumphant horns and distant echoes of lead singer Marcus Mumford’s yells, all of which build and build into an arena of sound. Unique and beautiful, “The Wild” is one of the more exceptional tracks on the album.

Where “The Wild” demonstrates how interesting a change in sound can be, “Picture you” and “Darkness Visible” push the envelope even further by disrupting the cohesiveness of the album with a strange and random twist. The outro of “Picture You” wraps up the buoyant track and leads into a disturbing change of sound and melody in “Darkness Visible.” The dark track distorts the once pretty melody of “Picture you” into a twisted, creepy sound that is voiced over by a man saying phrases such as, “There to dwell In adamantine chains and penal fire…  Rolling in the fiery gulf.” It is admirable that Mumford is trying to take an artistic risk with their music by changing it up from their normal cheerful or romanticly focused lyrics. Peculiar and distinct, the eerie track surprises listeners and stands out among the rest of the album.

All in all, “Delta” is a different, but satisfying album. According to Billboard, “Delta” is the band’s third album to reach number one on the top 200 Billboard chart. Though different from their other records, the band has created artwork that is pleasing to the ears. Get lost in ambient sounds, synthesized beats and cool distorted sounding harmonies, but do not go searching for nostalgia here. Despite the harsh reviews from influential critics, count this album as a satisfying experimental rock album from the once-strictly folk band.