Embrace unity by embracing the classics

Forsaking the Western literary canon will leave our culture disunified and confused. 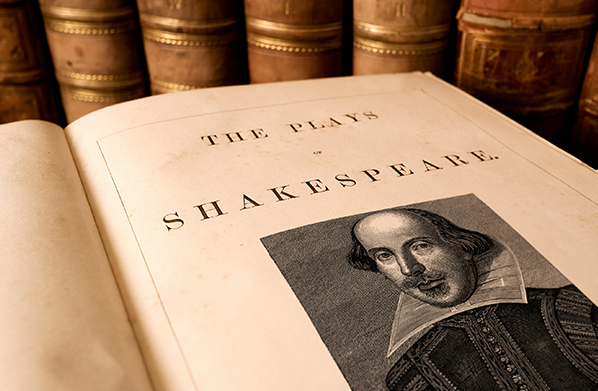 Students at the University of Pennsylvania set off a controversy in 2016 when they removed a prominent portrait of William Shakespeare in their English building and replaced it with a portrait of  Audre Lorde, a black, feminist poet. The ensuing debate was not about displaying a portrait of Lordeーa talented author in her own rightーbut about replacing Shakespeare’s portraitーone of the greatest writers in the English languageーsimply because he is white, male and over four centuries old. That action represented a disturbing trend among modern academics that will only breed further disunity in our already fractured society.
WHAT IS AT STAKE
The current debates over privilege and cultural identity have taken their toll on the Western canonーa collection of books spanning three millennia, which tell the story of the Western world. Although many curricula still teach these classics, interest is on a marked decline. UCLA recently approved a curriculum which allows students to graduate with an English degree without having read William Shakespeare, Geoffrey Chaucer or John Milton, three of the most significant writers in the history of English.

These efforts, though well meaning, were thoroughly misguided.  They were based on a faulty understanding of the Western canon as being in opposition to the perspectives of women and non-Europeans.

The canon is not by nature, exclusive.  Female novelists like Jane Austen and Charlotte Brontë are indispensable contributors to Western literature, providing timeless insight into gender, social position and human relations. Thinkers like Frederick Douglass, an abolitionist and former slave, have helped create our modern understanding of equality and social progress.

The canon is not by nature “closed.” Until the West falls, influential books will be added to the shelves of our libraries and universities. Individuals like C.S. Lewis and Martin Luther King, Jr. are perhaps the most recent “inductees” to the canon. One might expect the canon of a century from now to include modern works like J. K. Rowling’s Harry Potter series.

The canon will continue. It will include authors of all ethnicities and both genders. But, if we discourage future writers from reading the works which have built their society, we leave them ill-equipped to leave their own mark on the canon.

The Western canon is not a composition of the written works of the privileged class. Charles Dickens had to work as a child factory worker after his father was thrown into a debtor’s prison. Aristotle was discriminated against his entire life because he was not ethnically Greek.  Rather than allow this marginalization to define them, canon writers transcended the petty quarrels of their lives and reminded their readers of what it means to be human.

For of a variety of reasons, the writers included in the Western canon have been overwhelmingly white and male. Oftentimes, this was the result of discrimination. This should be taken in context however. The canon goes back thousands of years and takes place in societies less cosmopolitan and egalitarian than ours. Before the Age of Exploration, Western ideas and languages were mostly confined to individuals living on the European continent. The first woman to earn money off of her writing, an English playwright named Aphra Behn, was not born until 1640. Unfortunate choices made by publishers are troubling reflections of different times, but they are no reason to cast out several generations’ worth of literature.
THE CANON IS WORTH SAVING
Authors contained within the canon have given humanity much of its wisdom and insight. It was Shakespeare who gave voice to our notion that “Life’s but a walking shadow, a poor player that struts and frets his hour upon the stage and then is heard no more.” Readers can learn something from Aristotle’s insistence that “we are what we do repeatedly” and that “quality is not an act but a habit.” And every reader shudders at the monomaniacal quest of crazy Captain Ahab in “Moby Dick.”.

These works contain insights we should not have to live without. To cast out three millennia of wisdom for the zeal of this political moment would do a great disservice to those writers and a grave injustice to ourselves. We are fractured as a society, defined by our separateness and sorted into factions. The Western canon offers us a snapshot, not only of Western society, but of human nature as a whole. The fact that these writers do not look, think or act like our modern society should not dissuade us from plundering their wisdom the way early Christians appropriated pagan philosophies.

We are told that a canon which reflects our modern notion of diversity will give us a broad, multifaceted way of looking at the world. In reality, nothing will make us lonelier. Our identities as human beings are not reducible to simple distinctions of race, class and gender. To exclude writers who captured our common humanity by dividing them into categories invented long after they died would be a grave injustice. They deserve better than that. And so do we.