This action-horror film impresses with violence, horror and gore. 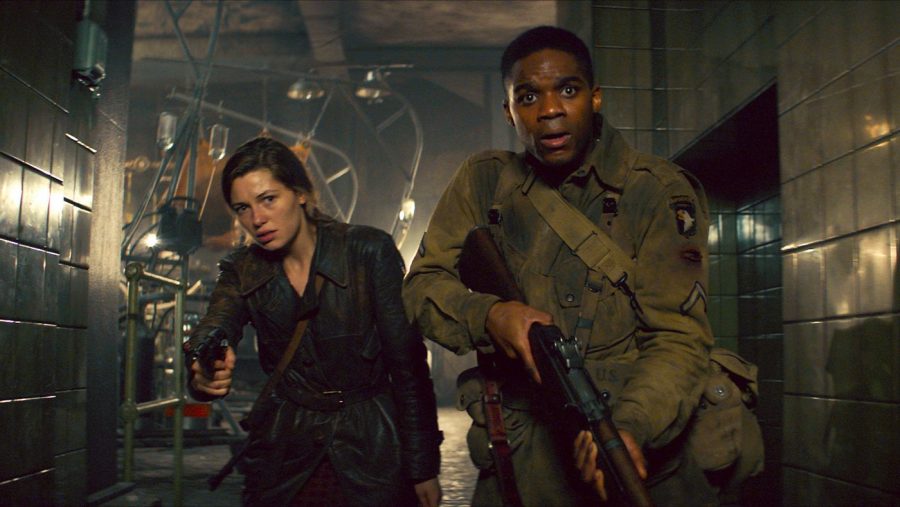 Director Julius Avery and producer JJ Abrams, who directed the likes of “Star Wars Episode VII: The Force Awakens,” “Super 8” and “Star Trek,” have teamed up again to make an action-horror movie that can be summed up in two words: dark and gory. That being said, “Overlord” is an extremely entertaining movie. It is absolutely unpredictable, and its powerful acting and action distinguishes it from other zombie films.
THE EFFECTS OF WAR
The two main characters in the film are prime examples of the two kinds of soldiers usually portrayed on screen. Boyce, an American soldier portrayed by Jovan Adepo, is not a hardened killer. He shows a caring side through his desire to help people endure the Nazis’ sadism. This caring side, however, often leads him away from the original mission.

We also see what violence, war and witnessing death does to an individual such as Ford, another American soldier portrayed by Wyatt Russell. He is the complete opposite of Boyce, stopping at nothing to get what he needs from his enemies. This is evident in a gruesome torture scene that displays Ford’s brutal side, showcasing his hardcore, emotionless and direct personality. He never shows any sign of compassion when members of his squad die. He simply shrugs in one scene and says, “Yeah? Well, friends die.” Ford only cares about fulfilling the mission with which he is tasked.
ACTION, HORROR AND THRILLER
To put it simply, “Overlord” is not a single-genre movie. It blends the genres of action, thriller and horror with gory violence, nail-biting thrills and terrifying zombies. The film also throws away ideas that you might have seen in other zombie movies and it completely redefines “unkillable.” Whether they use bullets or explosives, the characters have an increasingly difficult time putting down the undead. Endless amounts of gore and gruesomeness swarm this zombie flick, similar to other forms of zombie-themed entertainment such as the “Zombieland” film or the popular “zombie mode” in “Call of Duty: Black Ops.”
WORLD WAR II HORRORS REDEFINED
The history behind the heinous crimes committed by the Nazi Party in Germany is universally known. However, “Overlord” is the hammer to the nail when it comes to solidifying the sadism and evil of the Nazis in WWII. The film is set in Nazi-occupied France the day before D-Day, and it accomplishes what many believe to be impossible by fictionally adding to the Nazis’ long list of atrocities, as they experiment on the villagers as well as dead soldiers in order to create a super-soldier army.
ZOMBIE ORIGIN
The origin of the zombies in “Overlord” is different from many other zombie movies. In most cases, the director of the movie decides to go with the classic “virus origin,” as seen with movies such as “World War Z.” However, that is not the case in “Overlord.” Buried beneath the church is a liquid serum that causes the hosts to heal any past wounds while also causing psychotic episodes that eventually turn them into zombies. The Nazi scientists are on a mission to perfect the serum but they clearly are not at that point, as seen by the psychotic episodes. Ultimately, the Nazis are trying to weaponize the serum in order to create a powerful army for the Third Reich. Nazi Captain Wafner, played by Pilou Asbaek, describes the serum as “Our greatest achievement. With it, we create super-Nazis. A thousand year army and its thousand year soldiers.”
FINAL THOUGHTS
“Overlord” perfectly blends together three genres into one movie. To label it “generic” would be far from the truth. It is an extremely fun, fast-paced and entertaining movie, but it sheds plenty of light on some very dark and uncomfortable past events and realities. “Overlord” is an excellent addition to the long list of zombie films that are currently out there.