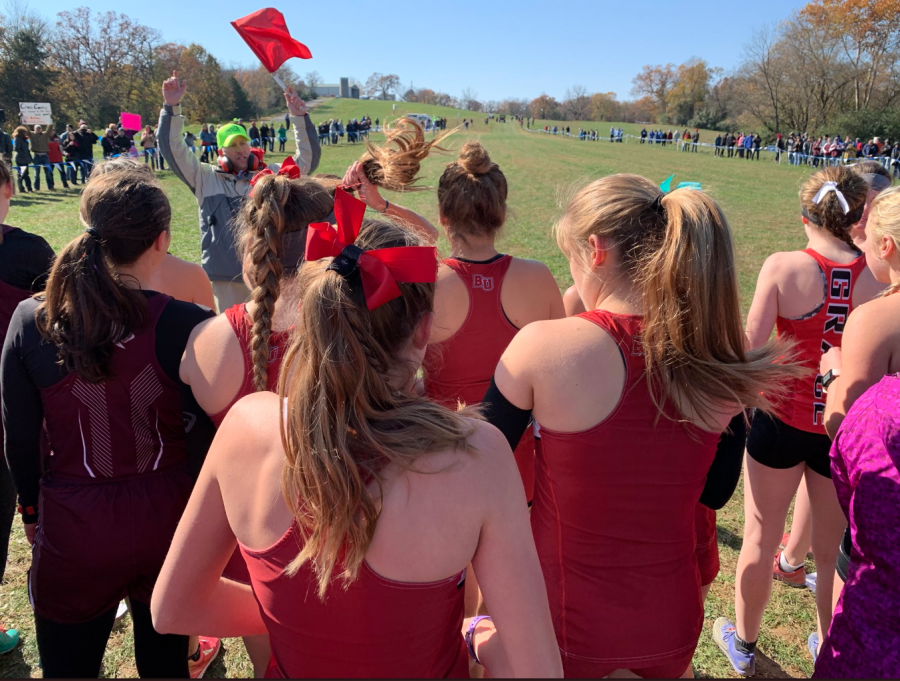 Biola's women's cross country team gets ready at the starting line in the NCCAA national championships on November 10, 2018.

Plendcio defended his title in the 8k event, running a time of 25:35 to claim the individual championship by nearly 30 seconds. Not too far behind him in fourth was sophomore Ryan St. Pierre, who finished in a time of 26:22. Freshman Jared Donnel had a fantastic showing, coming in fifth place just three seconds behind St. Pierre at 26:25.

Coming in seventh was sophomore Giovanni Orellana with a time of 26:36, and freshman Brady DeHaven followed just behind in eighth with a 26:37. Sophomore Christian Perez notched a 13th place finish with a 26:52, and junior Nic Nelson rounded out the Eagles’ runners in 16th place with a time of 27:08.

Sophomore Makenna Mason paced the Eagles’ women’s team, running a time of 18:55 in the 5k event to finish third overall. Freshman Clara Haynes continued her stellar season with a fifth place finish time of 19:19, while senior Emily Ransom came right on her heels in sixth with a 19:31.

Junior Amanda Reyes notched a seventh place finish with 19:37, followed by junior Micaela Pullman in eighth with a 19:40. Rounding out the women’s runners in 10th and 11th place were junior Kaili Waller and sophomore Kaitlin Natividad who ran a 19:43 and 19:45, respectively.

The men claimed the title with 25 points, and the women took home the championship with 29 points.

Both teams will be adding two more banners to the rafters of Chase Gymnasium in the near future.