The greatest barriers to millennials impacting an election is their own apathy combined with a deteriorating sense of civic duty. 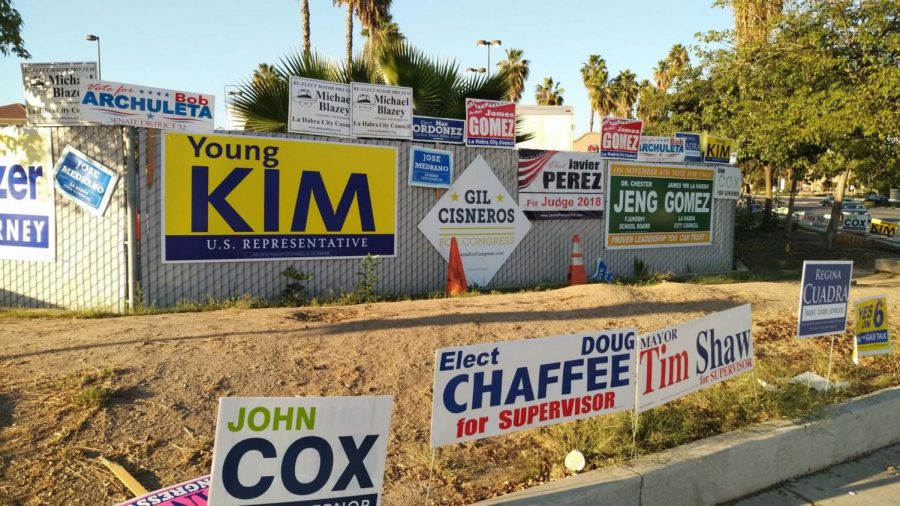 According to Politico, early voting has already surpassed 36 million votes, almost 9 million votes more than the 2014 midterm election. The Democrats’ drive to repudiate President Trump is only matched by the Republicans’ enthusiasm to defy expectations of losing control of the House of Representatives. California’s 45th District—based in Orange County and which includes cities such as Irvine, Yorba Linda and Anaheim Hills—is currently held by Rep. Mimi Walters and is in danger of being flipped to a democrat seat for the first time since its creation in 1983.

Love him or hate him, President Donald Trump has inspired or provoked many of us to vote. But one question still looms over the midterms—Has the current political climate inspired enough millennials to approach the ballot box and exercise their civic duty?

TOO MANY MILLENIALS SKIP ELECTIONS

According to Pew Research and the Brookings Institute, millennials are quickly becoming the largest voting block and contend as a numerical force against the baby boomers. Currently, baby boomers have 71 million registered voters, while millennials have 62 million. But NPR reports a disturbing statistic: Millennials will soon be the largest voting block, but less than half turn out to vote. This is in stark contrast to the G.I. Generation—those who are 71 and older—who despite comprising one of the smallest voting blocks at 28 million, have consistently punched well above their class at an approximate 71 percent turnout rate.

So what is wrong with millennials? According to the Washington Post, millennials are just as engaged in politics as previous generations were in their youth, but they are not turning that participation—such as protests and contacting public leaders—into votes at the ballot box. New York Magazine recounts a series of reasons Millenials do not vote—they find mailing in a ballot too hard, they wait to register until it is too late, they claim they do not have the time or energy, or they fail to know who was running or what platform they were running on. Boiling it down, the leading reason Millennial voter turnout has never passed 50 percent is because participating in the political process is too inconvenient. Unlike our classroom assignments, we find that researching all the policies and candidates and registering the night before will not be sufficient. Instead of preparing, we simply do not vote.

THE IMPORTANCE OF CIVIC DUTY

However, perhaps the large sense of apathy among millennials is much deeper than inconvenience. Maybe one of reasons millennials are willing to endure a political hand-me-down is because we are losing our sense of civic duty.

According to the New York Post, there are several reasons civic duty is on the decline.

First, we are less committed to the notion of civic responsibility. As the University of St. Thomas points out, the terms “civic” and “responsibility” comes from the Latin words “civicus,” meaning “citizen and “responsum,” meaning “reply.” We are losing our sense of duty as citizens to reply to our government via our vote.

Second, we have shifted away from a responsibility-focused society to a rights-based society. In other words, we are losing the sense of the two-way street of politics. Former President John F. Kennedy eloquently said, “Ask not what your country can do for you—ask what you can do for your country.” We are constantly being reminded of our rights, epitomized by what our government can do for us, while forgetting our responsibility, epitomized by what we can do for our government.

And, third, we are simply losing interest in duty. The New York Post speculates this is in part due to the rise of libertarianism, which emphasizes a political culture that is more interested in expanding protection of rights than exercising public virtue. It is not merely that we are losing a sense of duty, nor even our replacing that sense of duty with a right, but any remnant of the notion of duty is being supplanted by a political philosophy which encourages us to discard our duty.

TRUMP IS DOING US ALL A FAVOR

Whether you are part of the upcoming blue wave or part of the red resistance, President Trump may be inadvertently doing us a favor by keeping politics polemical. The early voter turnout is smashing records across our nation. Come tomorrow when the polling stations open, remember that millennials are yet to pass 50 percent turnout, and our duty to vote has been superseded only by our lack of will to overcome the inconvenience of walking across the street to the ballot box.