With a national increase of mental health issues, the department launches a new committee to support students. 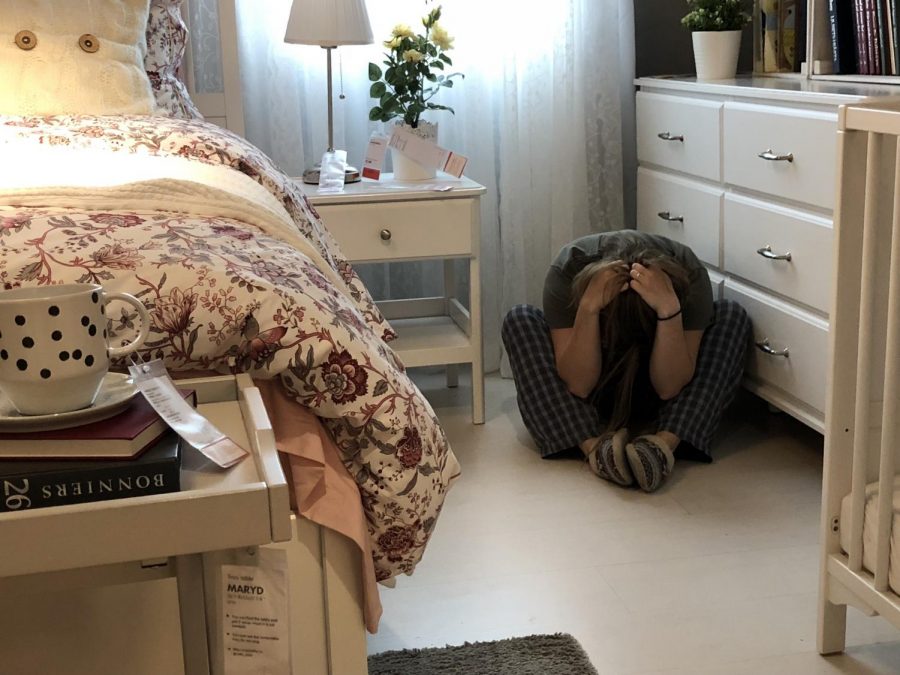 This is part three of a three-part series on mental health. Parts one and two can be found here and here. This story was originally published in print on Oct. 18, 2018.

As the dean of Student Wellness, Lisa Igram sometimes meets with students feeling depressed, anxious or lonely. Many times, she says, a student will tell her that they are the only one experiencing these issues. The counseling session will end, the next student will come in—and tell her the same thing.

Igram and her colleagues in Student Development have long known that no student is “the only one.” And now, after seeing the results of a campus-wide survey, they have the statistics to show it.
LOOKING AT THE NUMBERS
1,672 Biola graduate and undergraduate students responded to the survey sent out at the end of the last academic year as a part of a national initiative by the American College Health Association. From those respondents, half said they had felt hopeless within the last year. Twenty four percent said anxiety had affected their academic performance, with 15 percent saying depression had produced the same effect.

Eight percent said they had seriously considered suicide within the past year—133 students out of the respondents.

Mental health is particularly important to students because it affects their ability to transition into adulthood, according to Melanie Taylor, director of the Biola Counseling Center.

“If we don’t help them at this time, that could really derail them as adults, young adults. Not to say they could never catch up, but it might delay their growth, their career if they couldn’t deal with some of these things,” Taylor said.

Biola is not alone in facing this issue. The ACHA reported that this spring, 53.4 percent of surveyed students said they had felt hopelessness within the last year, compared to 51.1 percent in spring 2017. 12.1 percent said they had seriously considered suicide within the same timeframe.

While Biola’s statistics are lower than the national report, Igram says they reflect how she has seen more students come to Pastoral Care in the past year. She also confirmed that Student Development has received reports of suicidal intent and attempt this semester.

The issue itself, of course, is not a new one. Alumna Jennifer Fuller started attending Biola as a graduate student in 2005. During her second year, she was diagnosed with bipolar disorder, which caused her to graduate later than expected. Frustrated with the lack of resources available, she helped start a mental health support group at EvFree Fullerton, which she says allowed her to receive the encouragement she needed.

“College is one of those major stressful situations, because you’re on your own for the first time, and you’re experiencing new things. You have to make more decisions and you have financial stressors that you didn’t have before… There’s a lot to handle at a young age,” Fuller said.
PROMOTING A CULTURE OF WELLNESS
To help students with their mental health, Student Development has formed a committee of about 30 staff, faculty and students to discuss potential mental wellness initiatives. While Vice President of Student Development André Stephens says a concrete goal for the committee has not yet been formed, he believes analyzing the data collected from the survey will help direct their efforts, and expects it will produce a program that will allow students to support one another in their mental health.

Igram and Stephens believe one of the main components is providing students with the information needed to properly maintain their mental health, such as by encouraging sleep.

“We’re trying to promote a culture of wellness,” Stephens said. “It’s not siloed, it’s integrated, it’s all of who we are. But we’re being intentional about it and naming certain things and giving the students the tools, hopefully, to navigate not just at Biola but life beyond.”

Taylor believes that the assumption that Christians are immune from depression or anxiety is false.

“I think there could be a tendency for people to think, ‘I’m a Christian, I shouldn’t have any of these problems, and so if I do I just need to hunker down and blaze on through,’” Taylor said. “And I don’t think God expects that of us. He wants us to help one another.”

Igram encourages students to speak to a staff or faculty member if their friend is showing signs of suicidal intent or ideation, as Biola employees have received training with these situations. She also encourages students feeling stressed, anxious or depressed to reach out to a Resident Advisor, Student Development or another resource.