Speaker examines strangers and Christian hospitality in the context of Scripture. 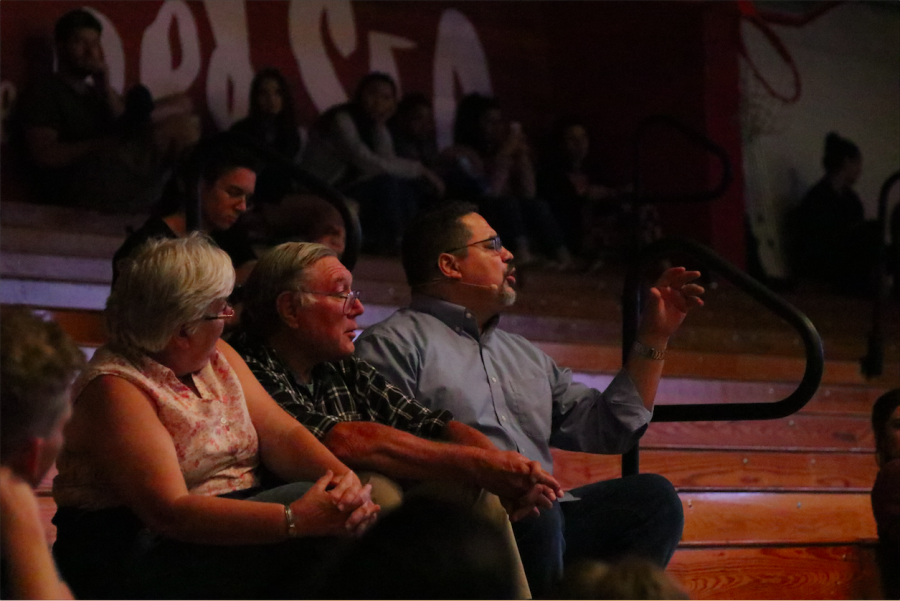 Photo by Thecla Li / THE CHIMES

In a packed Andrews Banquet Hall, Rev. Gabriel Salguero invited attendees to consider the question “Who is my neighbor?” in relation to immigrants, refugees and those who seem different from oneself.

He began by explaining parts of his identity: born in New Jersey into a Puerto Rican family, married with two sons and another from foster care, evangelical Christian. Each person has a background which influences how they think and process information, according to Salguero, and it is not necessarily better or worse than another—it simply is. He gave an example contrasting how Americans and Puerto Ricans meet each other differently. The former might ask what one does for a living, while the latter will ask “Who is your mom?”

Puerto Ricans have a high value on relationships, and this is part of the imago dei. Relationships remain a fundamental part of God’s character. As beings created in his image, he has given us the ability and calling to relate to each other. Thus, asking the question “Who is my neighbor?” is a relational question—one Jesus calls his followers to consider on a deep level beyond laws or political lines.

Salguero drew on Luke 10, when a teacher of the law approached Jesus asking what he must do to get into heaven, to which Jesus replied, “love your neighbor as yourself.” This question about salvation ends in relationships. Jesus paints a picture of a good Samaritan and the interaction between two strangers. Salguero began expressing the vital importance of examining social issues like immigration in the context of the Bible. Thoughts do not happen in a vacuum, but are influenced and shaped by something. As Christians, the primary influence should be Scripture. Everything must kneel before the cross, including our thoughts, myths, misconceptions, stereotypes, etc., according to Salguero.

The word “stranger” appears over 90 times throughout the Bible, so a Christian should not overlook its significance and the resulting responsibility. Focusing specifically on Hebrews 13:2, Salguero pointed out that the word “hospitality” comes from the greek words for stranger and love. It requires more than political tolerance, but going the extra step to love those who are different from oneself. Adapting this to immigration, the first question Christians should be asking, Salguero said, is if the laws are good or keeping in God’s law. He asked the audience why Christians share the Gospel in countries that forbid it. “Because it’s God’s purpose,” was one reply.

Salguero finished off the session by stressing how Christians have a responsibility to advocate for change when they see injustices taking place or laws that do fit into God’s kingdom.