Political unity will only be brought about by firm victory—a victory by a new Abraham Lincoln. 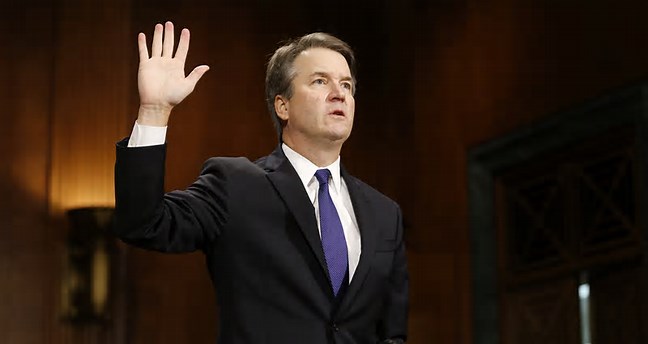 Brett Kavanaugh has been confirmed as the next United States Supreme Court justice. This marks the first time the Supreme Court has a majority of justices who are constitutional originalists since beyond the memory of anyone alive. In other words, for the first time legislating from the bench will no longer be the political focus in the highest court of law.

However, what should have marked the final push to depoliticize the Supreme Court has ended by returning the prodigal match to our political arsonists. President Donald Trump, during the Kavanaugh hearing, mocked Dr. Christine Balsey Ford’s testimony by mimicking her during his rally. Former Democratic presidential nominee Hillary Clinton recently called for the end of political civility until the Democratic Party has regained power in congress. Sen. Corey Booker argued whoever supports Kavanaugh is “complicit in evil.” What should have ended political polarization has marked the beginning of a political cold war.

A decisive victory must be won. But how? By whom? I believe, as Os Guinness, an author and social critic, mentioned in the Talbot Chapel on Oct. 9, we must find another Lincoln.

During Kavanaugh’s hearing, the Chicago Tribune captured, perhaps by accident, the political temperament when they wrote, “[Kavanaugh] faces the Senate vote that will determine whether he will spend the rest of his working life at the apex of American democracy or in permanent disgrace.” Kavanaugh will either rise to the throne of Zeus or fade into the mist of the underworld with Hades. There is no middle ground. There are no prisoners.

But the political fight did not begin with Kavanaugh, and, in many regards, did not begin with President Trump. Going back to 2012 presidential campaign, then-Vice President Joe Biden said to a majority black audience that if they voted for Republican nominee Romney, “They’re going to put you all back in chains.”

It came as little surprise that during the 2016 presidential election, former President Barack Obama said, “I will consider it a personal insult and an insult to my legacy if this community lets down its guard and fails to activate itself in this election.” He continued, “If you care about our legacy, realize everything we stand for is at stake. All the progress we’ve made is at stake in this election.” After Trump’s election, CNN host Van Jones called the election “A white-lash.”

Since President Trump’s election, the Republicans have had their string of inflammatory and racially insensitive remarks.

Sen. Steve King wrote on his Twitter, “We can’t restore our civilization with somebody else’s babies,” arguing that blacks and Hispanics would be at each other’s throats before whites become a minority.

Furthermore, Rep. Mike Bost said, “You know the cleansing that the Orientals used to do where you’d put one person out in front and 900 people yell at them? That’s not what we need. We need to have meetings with people that are productive.” Ex-House Majority Leader Eric Cantor referred to this as an example of many racially tone-deaf comments from the Republican Party.

But after Kavanaugh’s confirmation, the left made their position clear. The Huffington Post concluded their article, “The government cupped its hands over women’s mouths and turned the music up.” They present no middle ground—you stand with the Democratic Party for a better future, or you stand against the Democratic Party and support sexual assault.

Life after Kavanaugh is merely life after the destruction of the political middle ground—like Atlantis, falling beneath the waves during the night.

WE NEED ANOTHER LINCOLN

As Guinness remarked in Tuesday’s Talbot Chapel, America’s tension between political parties are as deeply divided and as broad sweeping as on the eve of the Civil War. We are fighting over questions concerning the foundations of America’s freedom. Will our ideas be rooted in a Christian virtue ethic of America’s founding or will it be stripped down into identity politics of the French Revolution?

A swift and firm political victory must be won. But by whom? Who can unite such a divided country? Who will strike the decisive victory in the war between political parties?

Lincoln once said, “A house divided against itself cannot stand.” We are on the eve of a political civil war, deeply divided and deeply vicious. Who can we find to address the evils of this world, but do it with the firmness, unity and candor of Lincoln? Our salvation will not come by “Making America Great Again” or through economic prosperity. We cannot make America great again if we do not know what made America great in the first place.

We need another Lincoln. Currently, there is no one.