The theater program takes steps to prepare students for the cutthroat world of acting. 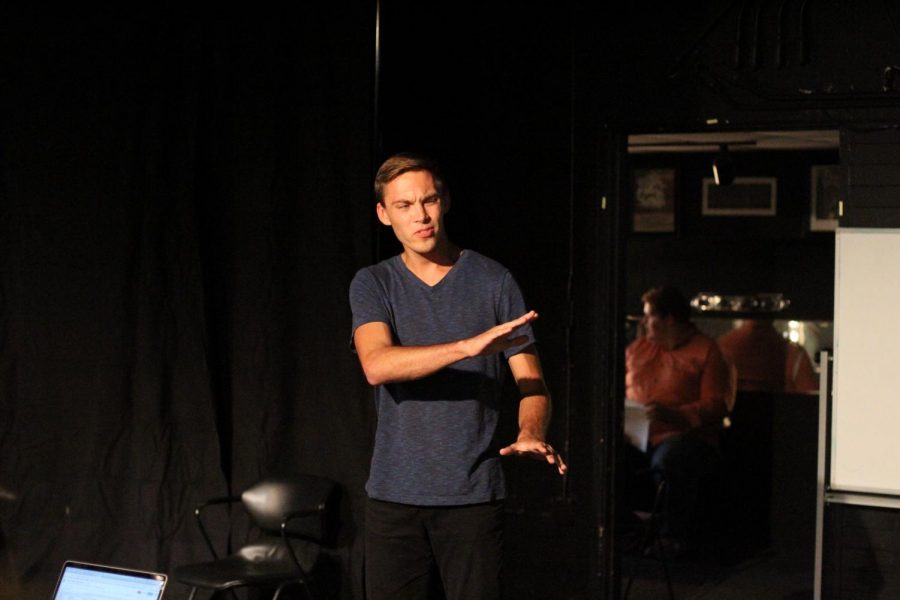 This story was originally published in print on Oct. 4, 2018.

Students in the theater program understand acting is a tough profession. To make it in show business, aspiring actors need more than impeccable skill and captivating charisma. One needs to know the right people, play their cards right and hope for good luck. This formula, however, is not a surefire way to make it into the business. Some may work hard their whole lives with little fruit to bear. For Biola’s advanced acting class, students are not only taught a similar formula, but are also given skills to excel in the business world of acting and shine a light in the dark despair of Hollywood.
PROFESSIONAL SKILLS
The theater program may not have the same pedigree as other performing arts schools. It is certainly smaller, has less resources and may not offer as many courses, but actor-turned-professor Zachary Bortot is still giving Biola students a professional-level education. He does this by preparing them for the business of acting, honing their skills to help them discover who they are.

The word “typecast” may be unfamiliar to most but it is all too familiar to aspiring actors. Typecasting is when actors are relegated to play a certain kind of role. Tom Cruise usually plays the high flying action star, Chris Pratt is the comedic action hero and Meg Ryan played the ultimate rom-com love interest. Regardless of type, beginning actors can have difficulty breaking into their dream roles, which may be discouraging for the comedian who longs to be a horror scream queen. In Bortot’s advanced acting class, he stresses the importance of excelling in your type, understanding that you naturally exude a certain presence.

While many aspiring actors may get frustrated in their type, Bortot teaches that finding your types finds you work. He hopes his students excel in their types, their work and education will show they can do more than their type, especially with the ways he forces his actors to stretch.
MORE THAN JUST ACTING
However, he does not suggest Hollywood is easy once you find a type. It can take some actors years to show what they can do. He not only prepares them with acting skills, but he prepares them to understand acting’s cutthroat nature and take on a professional mindset to work hard for everything.

“He has been very real about the struggle that will come in the business,” said Shannon Rossilli, senior sociology major. “He’s been loving and kind about it, but has been very realistic so that we are prepared and don’t just go out and have our dreams shattered immediately.”

Bortot also provides acting students with skills to help them better understand themselves and other people. He knows that acting is intrinsically introspective, forcing you to learn things about yourself that people don’t usually learn.

Junior communications major Marc De Jager believes that acting allows performers to understand people better because you are putting yourself in their shoes. Actors play so many different roles which enable them to empathize with myriad types of people and understand humanity’s different motives. Although Marc does not aspire to be a professional actor, he knows that his acting skills will prepare him for any vocation or career he wishes to pursue.

“If nothing else, doing this in my undergrad is giving me skills, preparing me to understand people better [and] to take criticism better to work at things,” De Jager said. “It’s given me abilities I can use later on.”
VALUE IN CHRIST
While Biola may be known for “thinking biblically about everything,” it is hard to tell how many students actually integrate faith into their education and vocation. For acting students, integration is paramount because their worth and value can easily be caught up in their skills or vanity. Students have to know they are called to acting by God because the business is gruesome and heartbreaking, Bortot claims.

“To be an actor you have to believe in something, something greater than yourself because it is such a punishing and demanding profession,” Bortot said. “If you don’t believe that God has called you to it and that you have value aside from your craft aside from these characters you undertake then it can be very difficult.”