Columbus Day presents an opportunity to evaluate how we celebrate

Recognizing Columbus’ atrocities does not mean ignoring the darkness in all cultures’ history. 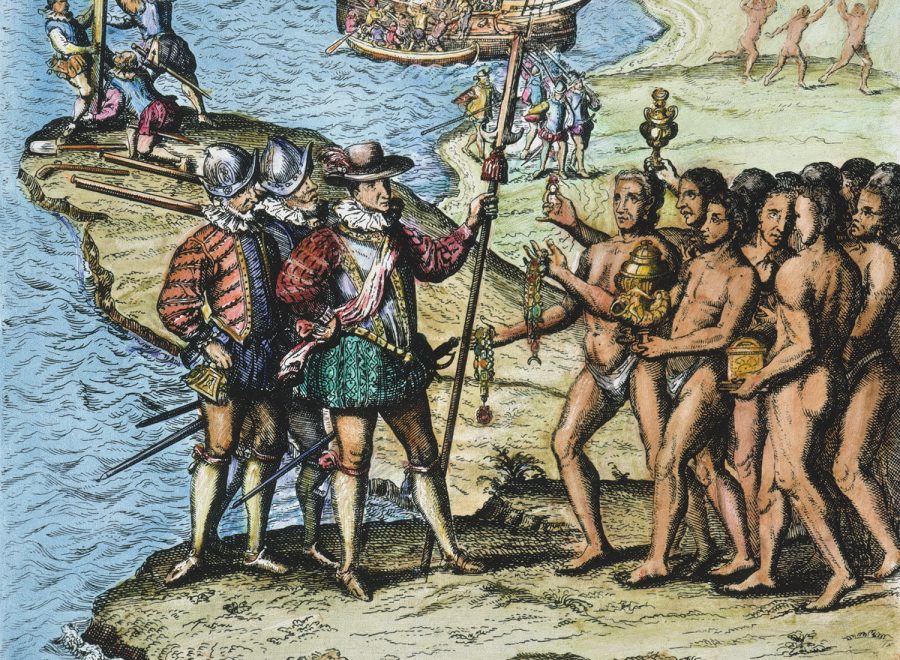 Many Biola faculty and graduate students grew up remembering Columbus Day as a mysterious holiday. For whatever reason, we all found ourselves yanking on the front door of the post office or the bank, wondering why at 4:45 p.m. they appear to have been closed for a long while. Then we remember it is Columbus Day.

However, current times suggest a new dimension to this otherwise inconvenient holiday. As the Chicago Tribune reports, “dozens of cities, from Los Angeles to Cincinnati, have renamed the October holiday after activists pushed to shift the focus, arguing that Columbus was more responsible for violent colonization than the discovery of a new continent.”

Today gives us the occasion to reflect on how we celebrate and judge historical figures and societies, encouraging us that to be respectful we must also be consistent in our evaluation.
A BRIEF HISTORY OF COLUMBUS DAY
The first Columbus Day took place in 1792, commemorating the 300th anniversary of Columbus’ landing. This was organized by Italian and Catholic communities who took pride in Columbus’ birthplace and faith.

In 1892, President Benjamin Harrison issued a proclamation marking Columbus’ 400th anniversary: “let the people, so far as possible, cease from toil and devote themselves to such exercises as may best express honor to the discoverer and their appreciation of the great achievements of the four completed centuries of American life.”

And in 1937, President Franklin D. Roosevelt proclaimed Columbus Day a national holiday. In 1940, during World War II when the Old World was ravaged and lawless, he said we celebrate Columbus Day to “revitalize our faith and renew our courage by a recollection of the triumph of Columbus after a period of grievous trial.” It is a reminder that despite great setbacks, human progress will continue.
COLUMBUS CONTROVERSIES
The argument that Columbus should not be celebrated for his voyage revolves around three main points: Europeans introduced disease that devastated natives, they brutally killed and enslaved indigenous populations and they pillaged civilizations for gold.

Many of these accusations are indisputably true. The question is how to pin this on Columbus.

The first point is doubtless. Natives were not immune to European diseases which killed much of their population. However, this was not an act of biological warfare, but a consequence analogous to spreading the bubonic plague through merchant ships.

This debate becomes more difficult when you consider that Spaniards’ side of the story. Samuel Eliot Morison writes in “Admiral of the Ocean Sea”, that the Carib people were responsible for a new word—cannibal—in European languages. When they discovered their abandoned huts, they were filled with human flesh and shin bones, and captured boys and girls for food and offspring.

And when the conquistadors met the Aztec Empire, many believed they exaggerated Aztec brutality—until skull racks were found under Mexico City. Science Magazine writes, “The scale of the rack and tower suggests they held thousands of skulls, testimony to an industry of human sacrifice unlike any other in the world.”
BELIEVE IN SIMPLIFIED OR COMPLEX HISTORY?
This view of historical purity divides the world into two camps: the good guys and the bad guys. And we want to protect the good guys from the bad guys—who are frothing at the mouth and saying all sorts of politically incorrect things.

But history paints a different picture, blurring the lines between who holds ultimate responsibility. Our solution is not a quick Google search away.

If we pin all the atrocities committed against the natives on Columbus, will we pin human sacrifice and cannibalism upon the indigenous people?

If we are unwilling, perhaps we have successfully created enough space to have a fruitful dialogue on how we are willing to celebrate people—to see Columbus as doing something more than commit atrocity and to see the indigenous people he encountered as something less than martyrs.

But blending good qualities among bad qualities is not foreign to Christianity. It is expected. As Paul writes in Romans 3:23, “All have sinned and fallen short of the glory of God,” there is no surprise that individuals such as Columbus and societies such as indigenous populations had a dark side.

During this Columbus Day let us reflect on how to appreciate the people of our past while not ignoring their failures—being respectful and consistent to all.