It’s time we believe what she said

God’s word says to care for vulnerable women among us. 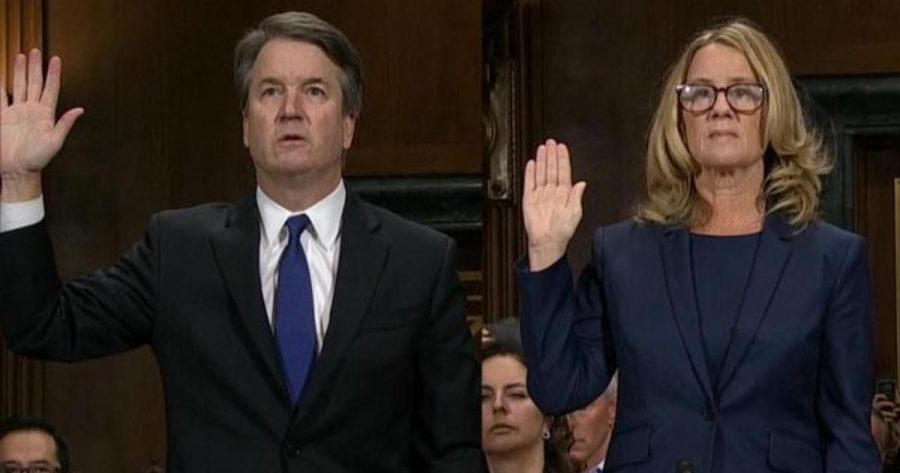 Unless you have been living under a rock for the past three weeks, you have probably heard about the current scandal surrounding the confirmation of Supreme Court nominee Brett Kavanaugh. For those under-rock dwellers who have managed to avoid the news, here is a link that summarizes the dramatic events from last week.

Since Ford and Kavanaugh shared their testimonies under oath, an FBI investigation has been opened to further investigate Ford’s accusation. In the meantime, however, we the public are still left with a simple “he-said, she-said” account of the events. There is a chance the FBI investigation will find credible evidence in the coming days, putting to bed any reliance on what he said or what she said for truth, but what if the FBI investigation does not bring about any new concrete evidence? What if we are simply left with what he said and what she said? More importantly, where does the heart of God point us during difficult and troubling times such as this?

CORE TO THE HEART OF GOD IS JUSTICE

Core to the character and heart of God is justice. In fact, right now if we were to randomly open the Old Testament of the Bible to any page, we would likely be hard pressed to not find the virtue of justice mentioned within the breath of God. This biblical justice directly correlates to the righteousness of God, and God yearns to share this justice with us through the commanding of his laws.

However, while justice is a key characteristic of God’s heart, it is unfortunately too often absent from the heart of humanity, leading to the exploitation, abuse and neglect of vulnerable people who are without social influence or power. Thankfully, God knows the sinful heart of man and has made a point to justly command his people to care for these more vulnerable people groups among us, usually highlighted as widows, orphans, sojourners and the poor.

We know that God cares for the weak among us and we know that we too should yearn for a heart that reflects God’s own, but what does this have to do with Ford’s accusations against Kavanaugh? How is this of any relevance? It is relevant because Ford was and is the sojourner, the poor, the orphan and in more ways than we may realize, the widow.

FORD AS A WIDOW

In fact, the Greek term “chera” that is translated into the title of “widow” is actually more focused on the loneliness and vulnerability of a woman alone, along with the suffering as a result of that loneliness, than it is on a woman’s specific lack of a husband, according to pastor John MacArthur.

At the heart of God’s continuous command to care for widows is the call to care for any and all women who find themselves alone and vulnerable to the exploitation of man’s sinful nature. This means the command to care for the widow stretches beyond just the husbandless, but to our elderly neighbor who has never taken a husband and lives by herself, to our classmate who has a late night walk home alone after night class, and yes, to a teenage girl in the summer of 1982 who was isolated, defenseless and locked in an upstairs bedroom against her will at a high school party.

IT IS TIME TO COME ALONGSIDE DR. FORD

God passionately cares for the powerless in society, and as God’s Word has shown, the powerless are often seen through the faces of orphans, the poor, foreigners and women in our lives who have been left unprotected and alone, just like Ford was on that night many years ago. Maybe the FBI will discover evidence this week that proves Kavanaugh is indeed innocent of all accusations, and if so we as Christians should rejoice then that truth, a key element of righteous justice, has been discovered. But if it remains a “he-said, she-said” scenario, isn’t it about time we heed God’s Word and come alongside the vulnerable in our society? Isn’t it time we care for the widow and come to her defense?

Isn’t it time that we believe what she said?