The Eagles survived a wild finish in Irvine. 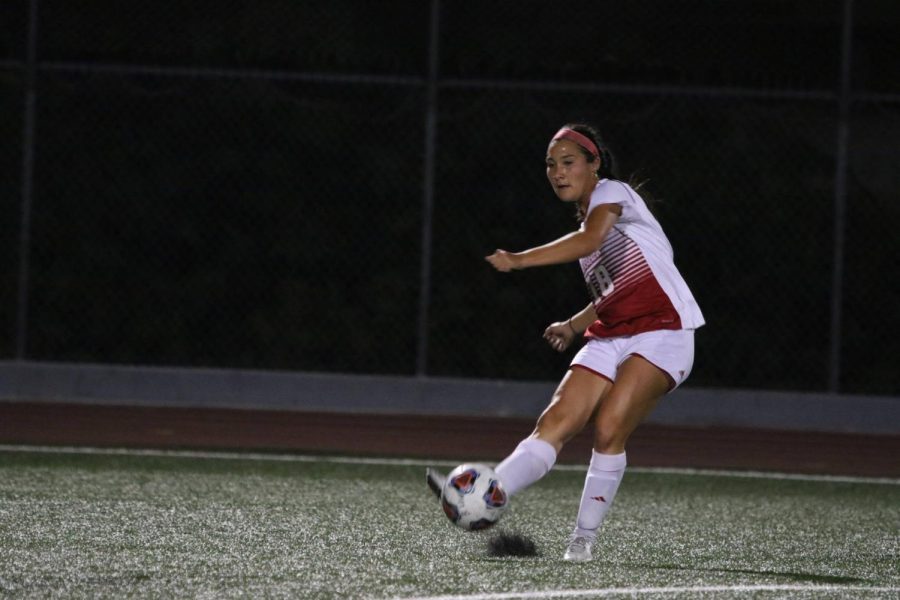 Women’s soccer traveled south to take on Concordia University Irvine on Saturday. Biola was looking to bounce back from Thursday’s 1-0 loss to Point Loma Nazarene University. In a wild finish, the Eagles played to a 3-3 draw, with a flurry of goals coming in the final minutes of the game.

The Eagles struck first blood when Alvarez seized a pass from Jeffries and finished it past the keeper to put Biola up 1-0. The Eagles of Concordia responded just three minutes later with a header goal off a corner that knotted the score.

In the 35th minute CUI took a 2-1 lead off a rocket to the top right corner of the goal. They took that 2-1 lead into halftime.

Junior goalkeeper Alyssa Joel took over as keeper for freshman goalie Viviana Poli in the second half for reasons currently unclear. Joel blocked a shot in the 61st minute, and 10 minutes later Jeffries tied up the game on an assist from Alvarez.

Jeffries then gave her team the lead in the 78th minute on a beautiful shot from outside the box that nestled into the top right corner for a goal. CUI proved tough to close out, and they tied the game at three on a goal in the 85th minute. Jeffries took one last shot on goal in regulation, but it was saved by the Concordia keeper to send the game to overtime.

Biola struggled to get many shots off in the first overtime, but Joel recorded two saves to send the game into a second overtime period.

The Eagles pushed more in the second overtime with Jeffries missing just wide right in the 105th minute. Joel recorded two more stellar saves to keep CUI off the board, and the game ended in a tie after Alvarez’s final shot hit the post and ricocheted out in the 109th minute.