The Eagles fell short against a conference opponent. 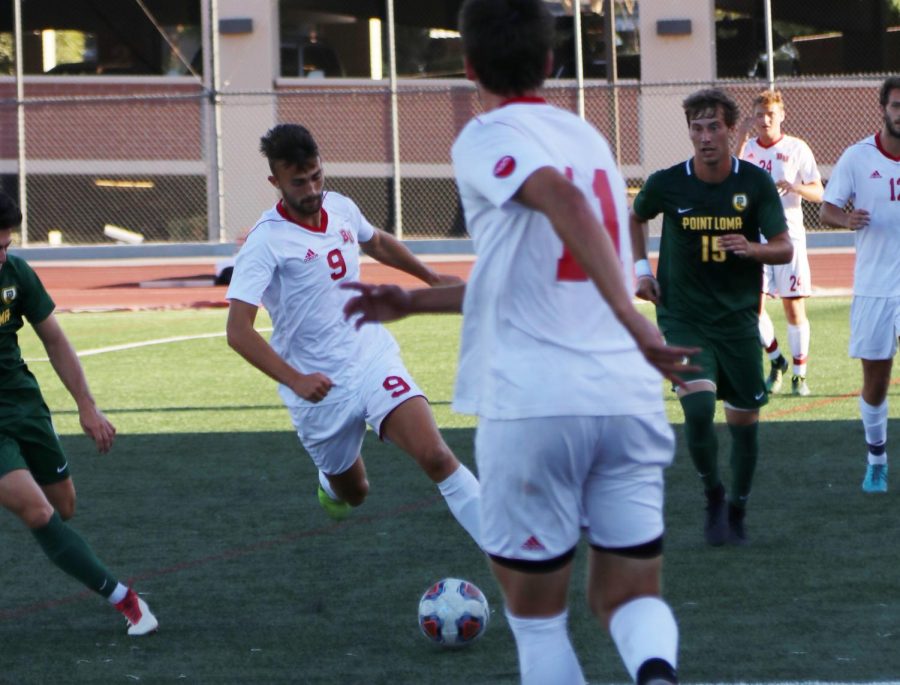 Men’s soccer took on the Point Loma Nazarene University Sea Lions at Al Barbour field on Wednesday. The Eagles could not push a score through PNLU’s defense and ultimately fell short 4-0 in the a PacWest preseason game.

The first half began with a quick PLNU score within the first two minutes of the game. The Eagles then worked on improving their offense throughout the half by attempting four corner kicks and two shots on goal, but none were successful. The Sea Lions closed out the half by scoring two more goals in the last few minutes, pushing Biola further behind.

Biola opened the second half by playing tougher defense on the Sea Lions, and junior goalkeeper Luis Rodriguez added two saves. The Eagles also attempted four shots during the period, but PLNU kept piling on and snuck in their final goal in the 78th minute which ended the game by 4-0.

Freshman midfielder Jonathan Serrano attempted a shot on goal in the second half but was blocked by PLNU’s keeper.

“The goal was to get a dub, but unfortunately we couldn’t do that,” Serrano said. “We learn from our mistakes and we try to get better next time.”

Head coach Todd Elkins saw the game as an opportunity to improve play before conference matches.

“We were a bit asleep in the back and Point Loma was ready to take advantage of that. I thought our pressure in the second half helped a lot.” Elkins said. “The next game is our final preseason game and it is another chance to get better as a team.”

The loss moved the Eagles to 2-3-1 in nonconference play. Biola will have their final PacWest preseason game against the Concordia University Eagles in Irvine, Calif. on Sept. 22 at 1 p.m.