Crowell School of Business hosts Forbes 30 Under 30 honoree to kick off the event. 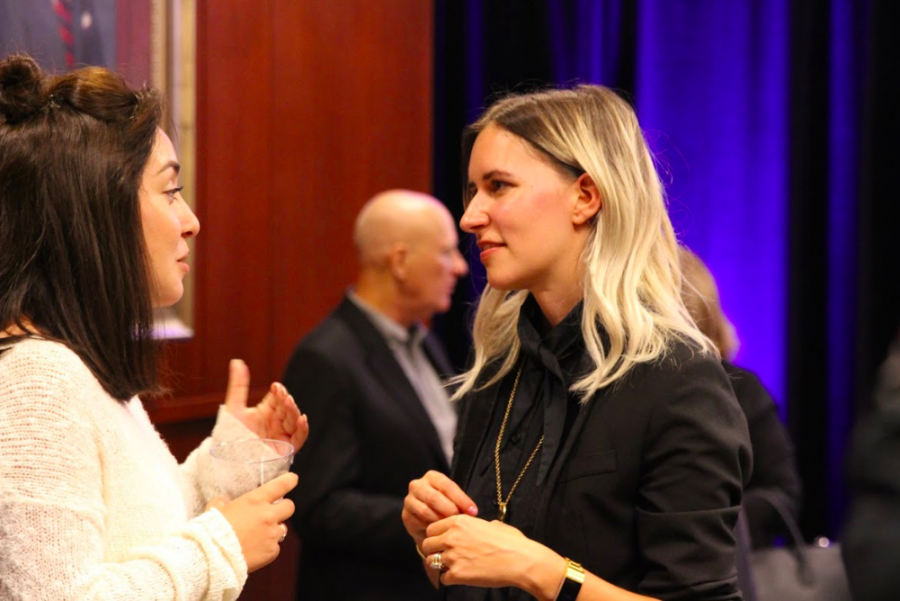 On Monday, Crowell School of Business hosted the fourth annual Startup Competition Kickoff. For a number of students, this event marked the beginning of their first ever entrepreneurial endeavor. With speaker and CEO of The Giving Keys Brit Gilmore in attendance, aspiring businessmen and businesswomen were able to learn more about the business world from the perspective of a head of a multimillion dollar company.

The Giving Keys is a corporation that aims to decrease homelessness within the Los Angeles region. According to Gilmore, over 53,000 people within this area experience homelessness due to loss of jobs and other factors.

Gilmore took the stage and began by encouraging those with the ability to compete to do so before detailing her role as the president of The Giving Keys.

Gilmore’s success story began when a friend introduced her to the founder of The Giving Keys, Caitlin Crosby. Their relationship later blossomed into a business partnership as the company began to take off.

“She was an actress and a musician, and she didn’t have that fashion [and] business background, and that’s what I’d been studying in my career up until that point,” Gilmore said. “It was kind of like this perfect compliment.”

The company makes a profit by selling jewelry made from keys which are stamped with inspiring and hopeful words, while providing homeless individuals with jobs in the production process.

“Now we’re at a point where we’ve employed over 100 people transitioning out of homelessness. We just opened our first retail store literally a month ago and we did a party. So that’s a really fresh milestone that we kicked off,” Gilmore said.

The Forbes 30 under 30 honoree further shared how she has learned and grown from the past six years at The Giving Keys, which she has seen accumulate worth over $10 million. When asked what advice she would give to young aspiring businessmen and women, Gilmore emphasized the importance of grit, tenacity, passion and the ability to take things as they come.

“I don’t think you need to know the end from the beginning and you can just start with what you have. Don’t let over-analyzing your idea keep you from starting,” Gilmore said.

The night began with an overview by associate professor of business analytics, David Bourgeois, who detailed important dates and rules of the competition. According to Bourgeois, the startup competition will end on March 15 with final presentations and awards.

With experience working with other business students, the potential for a successful startup company and a $15,000 first prize, the contestants will have the opportunity to take Gilmore’s advice.