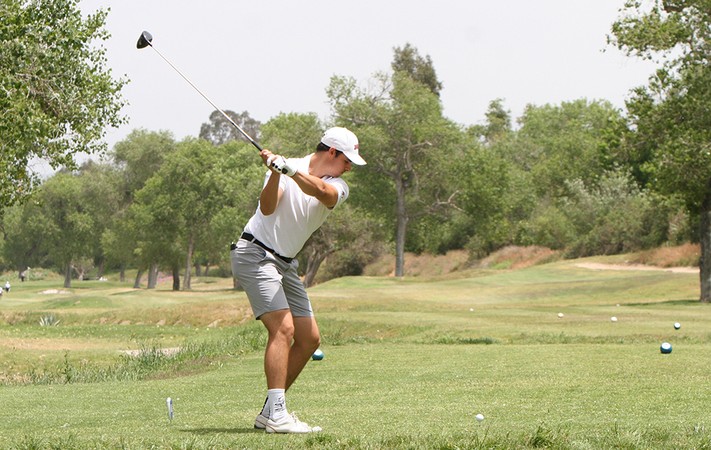 Biola men’s golf opened its final season of play Monday and Tuesday at the California State Invitational hosted by California Lutheran University at Olivas Links golf course in Ventura, Calif. They finished eighth overall out of twelve teams that competed at the invitational.

Over the two-day tournament, senior Kyle McAbee shot the best score for the Eagles, carding a 147 overall to tie for a 17th place individual finish. Close behind him was fellow senior Dominic Ariondo, who came in one shot behind his teammate with a 148 to finish 24th.

Senior Austin Bishop and junior Kaden Page each recorded a 151 overall for 39th place followed by senior Ben Crumley with a 158 for 59th place.

The Eagles finished eighth overall in the team competition with a score of 595, one shot above Pomona-Pitzer College and 11 shots behind The Master’s University and Marymount California University, who tied for sixth.

The men take to the links Friday at El Dorado Park golf course for a dual match against Vanguard University.