Bernie Sanders’ BEZOS Act is an attack on the poor 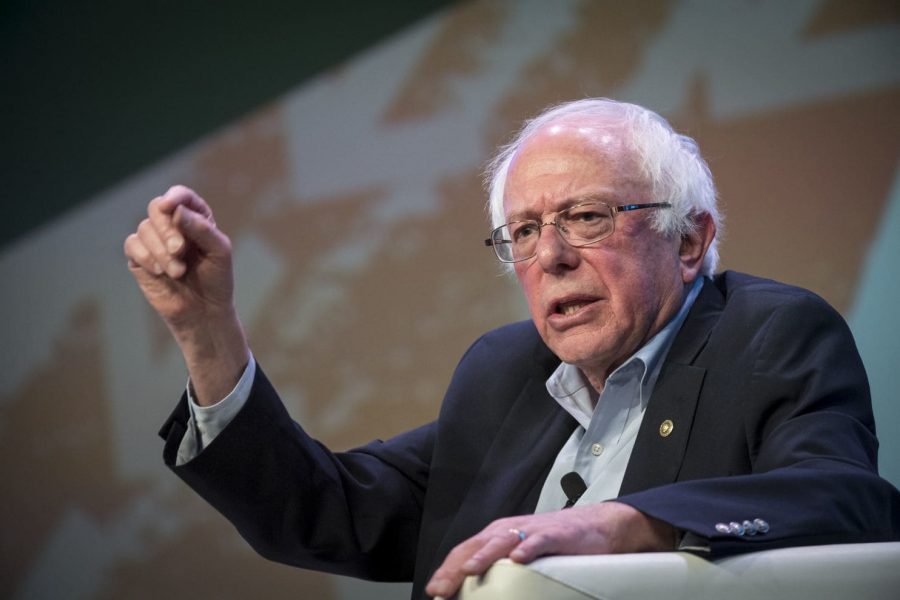 On Sept. 6, Sen. Bernie Sanders, I-VT, introduced a senate bill that not-so-subtly targeted the CEO of Amazon, Jeff Bezos. The Stop Bad Employers by Zeroing Out Subsidies Act, or Stop BEZOS Act, will require companies who have 500 or more employees to pay a tax equal to their employees’ federal assistance rate. Despite bipartisan agreement with Sanders that taxpayers should not “expend huge sums of money subsidizing profitable corporations owned by some of the wealthiest people in the country,” Sanders believes passing these expenses onto employers will be the easy-fix solution. It is this dangerous mixture of good intention with intellectual anemia that has left Sanders firing a warning shot not over the bow of giant corporations, but through the front doors of the poor, working class.
WHY THE BILL WILL FAIL
The Stop BEZOS Act is Sanders’ latest attempt to get large corporations off of taxpayer supported, federal subsidies. According to Sanders, large American corporation employees are paid around $150 billion dollars per year through federal, and therefore taxpayer-funded, programs. He claims that corporations over 500 employees take advantage of federal assistance programs by offering inadequate wages with the expectation that the federal government will cover the difference. Sanders seeks to remove that expectation, arguing that companies should “pay workers a living wage or pay for the public assistance programs low-wage workers are forced to rely upon.”

However, this plan has a severe and obvious drawback. By requiring corporations to foot the bill for the cost of their own employees’ federal assistance, Sanders is not penalizing corporations—he is penalizing the poor. If an employee, or potential employee, qualifies for Medicaid, Section 8 housing, the Supplemental Nutrition Assistance Program or the National School Lunch and School breakfast programs, they are now at a complete disadvantage against an employee that does not qualify for federal assistance.

Put another way, corporations and the poor will have one of two paths to employment. Either corporations will actively avoid hiring employees they deem qualified for federal assistance or the poor will opt-out of federal assistance programs to become employed. The most severe and obvious casualty in this tax move by Sanders are not billionaires like Bezos, but rather single mothers.
NEW SOCIALISM AND ITS INTELLECTUAL ANEMIA
As Richard A. Epstein wrote for The Hoover Institute, “The New Socialists in the United States live in a world of intellectual self-denial. They think that they can control the distribution of all the good things in life without undermining the economic and social institutions needed for the creation of that wealth in the first place.”

It is correct that the wide gap between the rich and the poor is astounding, and Sanders is correct to argue that the $150 billion the federal government spends to support the wealth gap is an American atrocity. However, any solution to the problem will not come from philosophies that originate from self-denial or ignorance. No amount of knowledge is sufficient to control an entire economy’s distribution of wealth, nor is it wise to ignore the consequences of government subsidies on corporate wages. We must understand government subsidies for what they are—money thrown into programs that private companies would otherwise not create. In this case, the government is protecting low corporate wages that could otherwise not exist.

The solution is not to expand government programs and taxation, but to shrink them. As the economist Milton Friedman wrote, “a private enterprise is a failure, it closes down—unless it can get a government subsidy to keep it going.” Take away the federal safety blanket out from under Corporate America and allow corporations to contend against the free market. If Amazon and other large corporations cannot incentivize their employees to stay, then even Amazon will fail merely from lack of employment.

Under the current senate proposal, Sanders has amiable aims with atrocious answers. Instead of targeting the poor with intellectually bankrupt proposals, it is time to target American corporatism with the strongest market force—the free market.