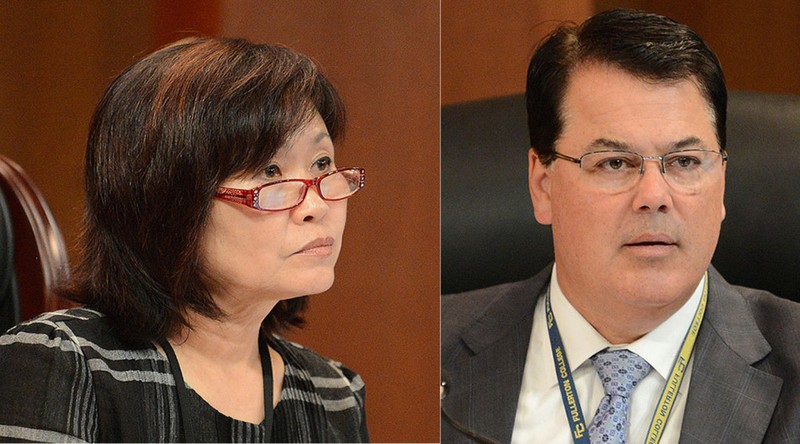 You go to In-N-Out and order a double-double. After receiving your burger, you notice it is not fully cooked, the meat is red and blood appears to be dripping onto the wrapper. Flagging down an associate, you request another burger because yours appears undercooked. The associate responds, “Oh, you think cooked meat is better than raw meat?” You explain the health risks and the dangers of not following the healthcode. The fight escalates until the associate yells, “If you do not eat your raw burger, it is because you hate all burgers and you hate In-N-Out!” Somewhere, the discussion must have gone wrong.

Over the past few weeks, growing concerns from Orange County and local city officials has led to a recent vote to join the federal lawsuit against California’s sanctuary law. The concerns have surrounded law enforcement’s inability to protect communities from released prisoners that are also classified as illegal immigrants. Protecting illegal immigrants has escalated to the point that California is willing to harbor illegal immigrants who have been convicted of crimes and sent to prison. Somewhere, the discussion must have gone wrong and Orange County believes it is an abuse of law.

THE DEBATE: RULE OF LAW OR RULE OF WHIM?

There are two difficulties facing the current immigration debate: we have personalized politics and blurred our terms.

We have personalized politics by referring to persons instead of policies. For example, instead of referring to the Affordable Care Act, we refer to Obamacare. This shifts criticism of the ACA to criticism of former President Barack Obama, and defending the ACA shifts to defending Obama’s character—the bill itself remains unexamined. In the same way, California Senator and President Pro Tem Kevin De León does not criticize Orange County’s policy, but instead equivocates Orange County’s policy with President Donald Trump’s notoriety, and then shames Orange County because of Trump’s notoriety.

This type of reasoning is dangerous because it removes the possibility of policy compromise by reverting to the acclaim or disavowal of persons. In this way, one could argue that since mass shooters attend public school, we should not support any public school. Or, alternatively, one could argue since Joseph Stalin participated in government, we should not participate in government.

HOW DO WE RESPOND?

Orange County responded to California’s sanctuary law by voting to join the federal lawsuit against California. Orange County supervisor Michelle Steelmade the Board of Supervisors’ position clear in her following statement:

“We cannot let the state begin cherry-picking which federal laws it decides to follow. As supervisors of this county, we all took oaths to uphold and defend the Constitution of the United States and bear true faith and allegiance to it against all enemies.”

In the same way, California’s sanctuary law hinges on whether we believe In-N-Out should be held to our health codes or if In-N-Out is free to choose which health codes to follow. Should law be applied consistently or inconsistently?