Toxic masculinity needs to be defined and addressed

Toxic masculinity needs to be defined and addressed​. 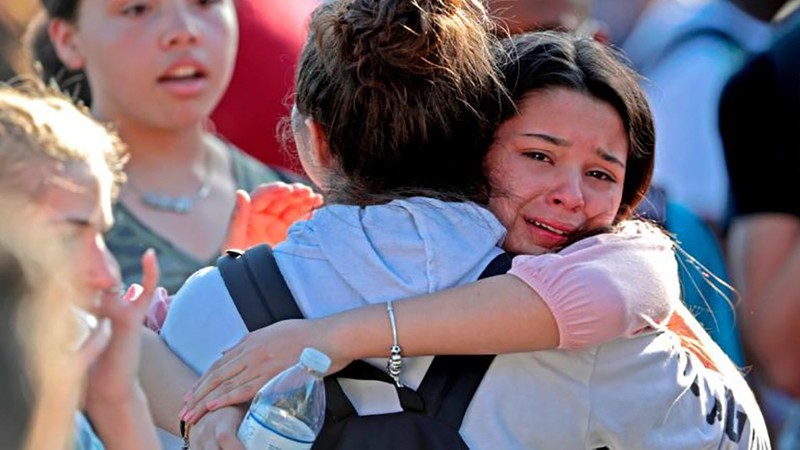 In the wake of the most recent mass shooting, a conversation has erupted on the unacceptable increase of mass shootings in the United States. Often, political leanings determine which overused and underdeveloped platitude you state as the solution to the problem.  The meme-fueled debate often serves as shallow and useless, neither solution will be tried and both solutions would ultimately fail.

Although the mass-shooting debate has evolved over the past year, the identity of the shooter has turned into more of a public interest. Race, though talked about ad nauseam, really cannot be attributed as an important factor, since the demographic composition of shooters is very similar to the demographic composition of the country. Gender, though, is concerning. Almost every single mass shooting—especially premeditated ones—have been committed by a man. The charge is toxic masculinity: and the verdict is guilty.

TOXIC MASCULINITY IS THE PROBLEM

Before we execute the sentence, we must pause and actually consider what part of masculinity is at fault. Psychologists often attribute “gender norms,” specifically male traits as the problem.  According to Terry Real in a Salon article, the very teaching of “manliness” to boys by their parents is innately harmful to men. I think they are wrong. Manliness is not wrong, distortion of it is. We have distorted manhood on two fronts: rendering manliness shallow and contemptible while no longer demanding men be chivalrous. We have torn men into two extremes—timid wimps or shallow jerks, which frankly we need neither in society. This is our fault as men. Sure, we can blame feminism, technology or whatever our latest favorite blogger blames for the state of manhood, but I reject this. As a man I must take responsibility for being a man and that begins by defining what a man ought to be.

What I am not going to do now is paint some archetype of what a man thinks a man should like. A man can love weightlifting or poetry and still be what a man ought to be since manliness is not defined so trivially as to consist of personal interests. Rather, being a man is a matter of virtue and proper orientation. Yes, I think men should hold open doors for women and be a protector and all the usual stuff. But more so a man ought to be selfless towards others. A man ought to be tough, though not in the obnoxious machismo sense of somebody with something to prove. A man faced with opposition and hardship does what is right rather than what is easy.

Toxic masculinity dictates the opposite. It declares that right does not matter, only notoriety. This comes with deadly consequences as we saw in Florida two weeks ago.  But toxic masculinity is also passive. It says manliness is bad and sensitivity is more important than doing what is right. This type of toxic masculinity allows evil to exist, because opposing evil is too hard and we might get hurt. We saw both types of toxic masculinity exist at Parkland—in a shooter who did not believe “right” matters and killed 17 innocent people, and a law enforcement officer who chose to do what was safe and easy, instead of dangerous and hard.

Men, culture will not going to teach us what right looks like. We live in a fallen world, in a time where up is down and wrong is so often hailed as right, and right is non-essential. There is no easy solution to “fix” masculinity, but we can work on ourselves.