The price of nature equates billions. 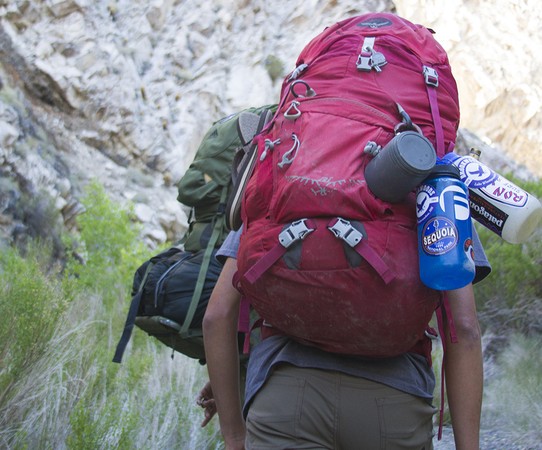 In CNN’s most recent update, a story entitled “They bought paradise in Patagonia” was released. The Biolan’s mind goes straight to the athletic camping brand. This story, however, focuses on the earth-preserving actions of a middle-aged couple. Doug Tompkins, a previous owner of The North Face, and Kristine McDivitt single handedly purchased over one million acres of South American land. Together, the two billionaires planned to create a group of national parks, dedicated to the perseverance of the Chilean ecosystem and the reintroduction of natural species. Many of the native peoples were skeptical, untrusting of the Americans’ “pure” motives.

“Some believed they were going to melt the glaciers and sell the water to China. Another conspiracy theory has them creating a second Israel in the mountains of Chile, to shelter the world’s Jews after World War III,” the article stated.

Today’s American culture tells you more is more. A swelling desire for the newest new item, like the Iphone X, motivates mass production, often without thought of natural consequence. This consumerist attitude has negatively impacted our planet, and deviates from the way we as humans were created and ordained to interact with nature. In her interview with CNN, McDivitt commented on the social attitude towards environmental perseverance.

“I study the failed civilizations as a hobby, because I am so confounded by our inability to manage ourselves as a species in a way that prolongs a healthy future,” she said. “You don’t have to have five televisions. You can live differently to ensure that the non-human world stops disappearing at a rate that is incalculable at the moment.'”

We as Americans do not think enough about the impact we are making on this earth. We do not care who slaved away sweat dripping onto a sewing machine, all for the ounce that will be added to our confidence. We rarely think of where our trash goes, and rarely think of the process the chicken we are eating went through to get to us.

We see God address the Israelites in Jeremiah 2:7.

“I brought you into a plentiful land to enjoy its fruits and its good things. But when you came in, you defiled my land and made my heritage an abomination.”

We as humans were called to interact in respectful relationship with animals and with nature. Like in the story of Tompkins and McDivitt, many steps are being taken in the right direction when it comes to rectification of man and earth. The popularity and “hipness” of organic food, reusable hydro flasks, ethically made clothing and Fair Trade goods helps. For many students, this is often un-mindful participation in trends. However, for others a consciousness of carbon footprint, and the way it is reflected in our eating, wearing and using is important. But there is much to go.

“You shall not pollute the land in which you live,”states Numbers 35:33-34 .“For blood pollutes the land, and no atonement can be made for the land for the blood that is shed in it, except by the blood of the one who shed it. You shall not defile the land in which you live, in the midst of which I dwell, for I the Lord dwell in the midst of the people of Israel.”