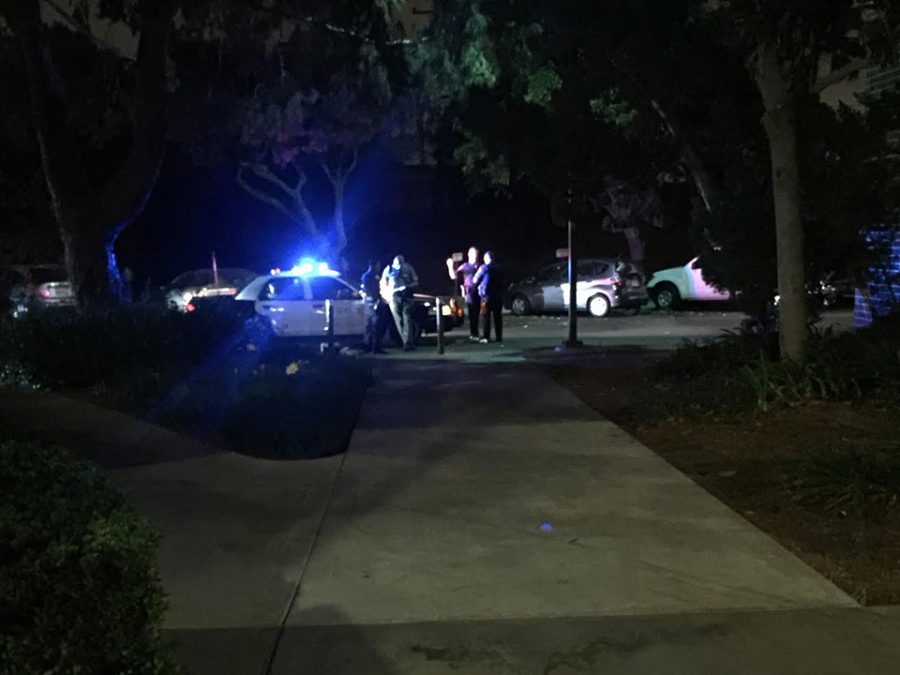 7:42 P.M. “BIOLA EMERGENCY ALERT: (Active shooter/ Person with gun) near (area/building). Based on your location, RUN to safety, HIDE or FIGHT. Campus is on lockdown.”

Students, faculty and staff received the above text from Campus Safety on Sunday Oct. 29, sending the campus into panic. Resident advisors pulled automatic doors closed, students pushed couches in front of doors and halls fell silent. No one knew where the shooter was. Everyone thought he was near their “(area/building)” and as far as the text stated—no one was safe. In the past four years, Biola has had three active shooter scares. First, there was a tripod in the bathroom. Next, an entire library floor was evacuated. Most recently, an alleged gunman seen patrolling lower campus, with bloodstained hands.

This text came eleven minutes after the first alert. Eleven minutes, in the time-zone of a shooting, is equivalent to a lifetime. The United States Department of Homeland Security  created an active shooter protocol as response to the Columbine shooting that has since been used in the Arapahoe, UCLA and Virginia Tech shootings.

10 to 15  minutes. In the time it took Campus Safety to send follow up details to their template text, a mass shooting—erring on the longer side in time length—could have taken place. Granted, after the second text, officers met the suspect at gunpoint. The situation was resolved. What if it had been too late?

No longer an emergency, the suspect’s location was named a full 24 minutes after the initial text. For many students, especially given the recent shootings in Texas and Las Vegas, this “active shooter”  false alarm prompted a post traumatic stress like reaction. For others, little to no action occurred—some were even said to have attempted to go outside through the fire doors of Horton Hall. These reactions pose the question: is a warning for the sake of safety, when details are unsure, what is most beneficial for the student populace? Statistically, the more response time available the better. However, if there continue to be mass texts sent out, will there not be a “boy who cried wolf” label placed upon Campus Safety’s “emergencies”? Further, due to this text alone, how immediate will the campus response be the next time?

Mon Oct. 30, 1:46 A.M. “The situation is all clear. A formal statement will be sent to the students and employees. Thank you for your cooperation.”