Collaboration between film, music and art has been on administrators’ minds.

Administrators reject the “silo” mindset as they pursue more majors in the arts. 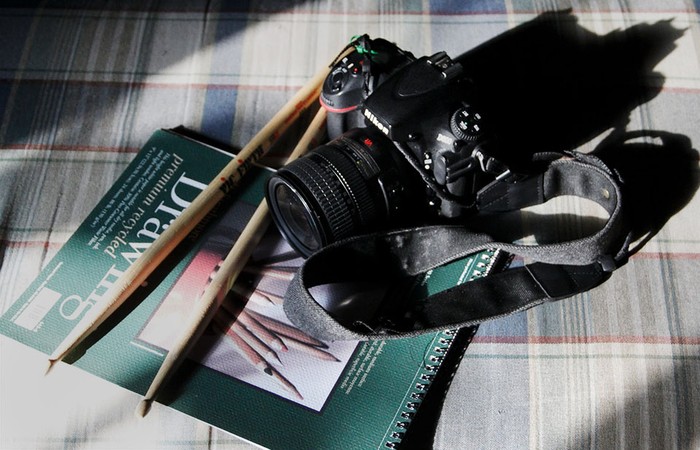 Now, this often makes sense. Departments and schools receive their own budgets, and they need to make sure they perform well. To a certain extent, they need to take care of themselves first—departments are intrinsically separate. However, many students and even administrators become frustrated when departments fail to work together, though it would prove mutually beneficial for the department and the students. That leads to silos.

Many film and music students have wondered whether this issue also happens at Biola. Students believe departments such as the art department, cinema and media arts and the school of music should help foster more cross-departmental collaboration. After all, student films need film scores, and art remains an integral part of film. Junior cinema and media arts major Summer Wagner, who directed last semester’s Biola film, “The Bacchae,” commented on this issue.

Interim dean of fine arts and communication Jonathan Puls has noticed this trend.

“It’s an age of interdisciplinarity,” Puls said. “You have to be a good lateral thinker and universities with their depth of thinking in particular areas and in their sense of history just haven’t always been really geared toward working laterally across even their curricula to equip students. I think it’s an age that’s asking more of us as a university in that way because it’s part of the spirit of the age.”

However, the university does value collaboration between departments, and Puls has been a strong proponent of collaboration between his departments. He cited the recent prioritization process as a major reason why departments are seeking new ways to work together and assist each other. Additionally, as enrollment decreases, the university has had to learn how to operate with a smaller budget. This has helped administration seek more ways for departments to collaborate in creative ways over things like facilities and equipment.

“I think out of that whole process came a willingness for departments to talk more with each other,” said Gerald Fisher, cinema and media arts chair. “The academic market is getting competitive and the assumption that things will always go the way they have for the last x number of years won’t be the same. Maybe we should try to be thinking creatively, looking for new opportunities.”

“Over the years we talked about doing something more formal, having a more formal connection and we’re just in the process of seeking approval, curriculum approval, for a film music concentration in the bachelor of music and composition,” Boespflug said. “We basically have the paperwork put together, so we hope to put it before the curriculum committee this spring… hopefully fall ‘19 we’ll see that in the catalog.”

That would mean composition students could receive a bachelor’s in film composition, rather than music composition. This new concentration would see them take classes with the film department while remaining a music major.

Many of the changes the departments are looking into remain in the early stages. These changes take time to implement, but Puls and Fisher stated how even the upper-level administration has encouraged more collaboration.

“Broadly, there’s a new atmosphere within administration to encourage cross-department work, to get out of silos and see what happens,” Fisher said.