The starting pitcher has shut down opponents throughout the season with dominant performances. 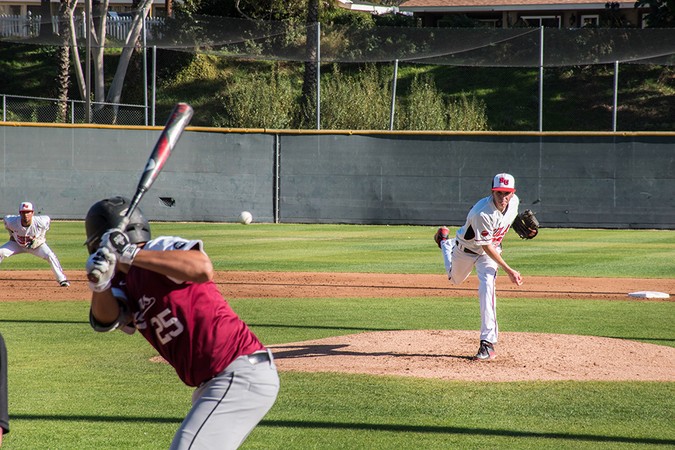 Senior Micah Beyer entered the 2018 season coming off of three straight .500 seasons with at least a 4.26 ERA, but with the departure of star pitcher (and last year’s athlete of the year) Jimmy Gallarda, someone needed to step up into the ace role. Beyer answered that call, becoming the Eagles’ number one starter in a big way. As of April 24, the senior has started 10 games with a record of 6-2 and an earned run average of 2.36 along with 83 strikeouts over 68.2 innings pitched. Beyer provides long outings more often than not for the Eagles, going at least seven innings in eight of his 10 starts, and leads the Eagles in innings pitched by more than 18 innings. His dominance on the mound shows in how easily he strikes out batters, racking up at least 10 punchouts in five games including 14 in a 13-2 win over Bethesda Universityon Feb. 16. His most impressive performance of the season came on March 29 in a 1-0 win over Point Loma Nazarene University. Despite giving up seven hits, Beyer did not allow a run while striking out 11 batters in the pitchers’ duel. His stellar effort got just enough run support to get the Eagles a huge PacWest win. For all the uncertainty of how well he would take on the ace role, the senior has excelled to lead Biola’s pitching staff. For this, Beyer earns the second annual Chimes’ Men’s Athlete of the Year.