The Eagles fall in doubleheader to second-place Trailblazers. 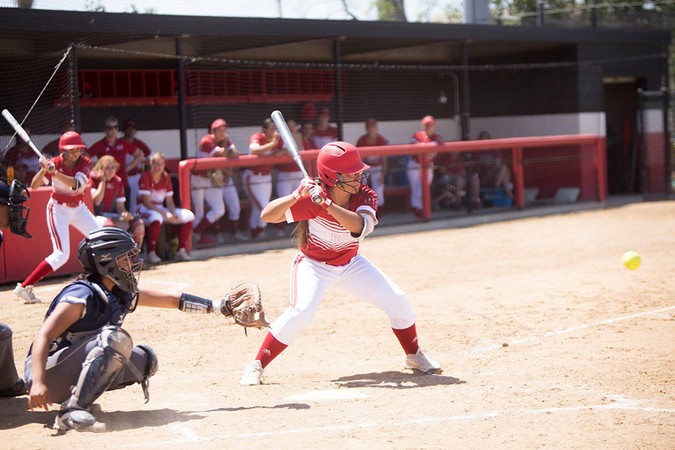 Softball lost both doubleheader games against the Dixie State University Trailblazers on April 20. The Trailblazers edged out the Eagles in the first game by a final score of 3-1 and the second by 5-4.

Game one took off quickly with the Eagles and the Trailblazers each grabbing one run each in the first inning. Biola scored first thanks to senior third baseman Selina Sherlin who knocked a double hit down the left field line which scored freshman second baseman Ruth Munoz.

Biola faced a tough pitcher and could not score again after the first inning. The Trailblazers closed out the game with two runs in the fifth inning to pull ahead for good. Still, senior pitcher Terri Van Dagens had a solid performance by limiting the Trailblazers to a five hits and three earned runs in the game. Sherlin also recorded her 12th multi-hit game of the season.

EAGLES GIVE AWAY LATE LEAD

The second game of the doubleheader proved much more promising for the Eagles. The Trailblazers moved the game to a 2-0 deficit for the Eagles by scoring in the third inning. After this, Biola bursted out of the gates with four runs in the fifth inning after four extra-base hits.

Juniors designated hitter Hailey Boyett, first baseman Missy Poti, shortstop Andi Hormel and freshman second baseman Kylie Velasco each contributed by scoring for the Eagles in the four-run fifth inning. However, the Trailblazers took the lead with three runs off of freshman pitcher Paige Austin in the sixth inning on a three-run triple and held on for the win.

The losses move the Eagles to 14-12 in the Pacwest conference and 31-15 overall. The Eagles will play again in a doubleheader against California Baptist University in Riverside, Calif. on April 21 at 12 p.m. and 2 p.m.