The freshman has already become one of the Eagles’ most important hitters. 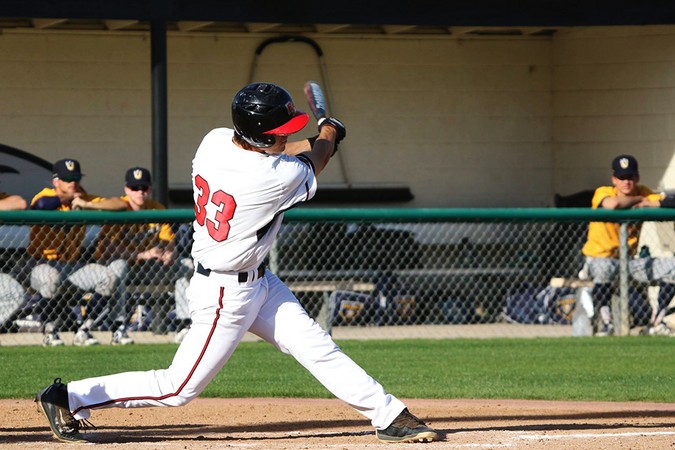 The Eagles had to deal with a lot this past week as their home series against the Academy of Art University Urban Knights was rescheduled and moved from the friendly confines of Eagles Diamond to the baseball field at The Master’s University in Santa Clarita, Calif. However, they still managed to split their four-game battle against Art U thanks in large part to freshman outfielder Ryan Gallegos. Gallegos hit a late two-run home run on March 24. This helped the Eagles close in on the Urban Knights, but Biola still fell short, losing by a score of 10-7. In the first part of their March 25 doubleheader, Gallegos had three RBIs, helping lead the Eagles to a 7-5 victory. The 18-year-old true freshman has become a surprise star for the Eagles this season. His .358 batting average stands at second-highest, sandwiched between two upperclassmen sluggers—junior outfielder Jerron Largusa and senior first baseman Colton Worthington—and his 27 RBIs have him tied with Worthington for the team lead. Despite starting the season as a bench player, Gallegos has earned a spot as the Eagles’ starting designated hitter. Without his big bat, the Eagles may not have split their series with the Urban Knights and maintained a winning record in PacWest play—or even have entered with that record in the first place.