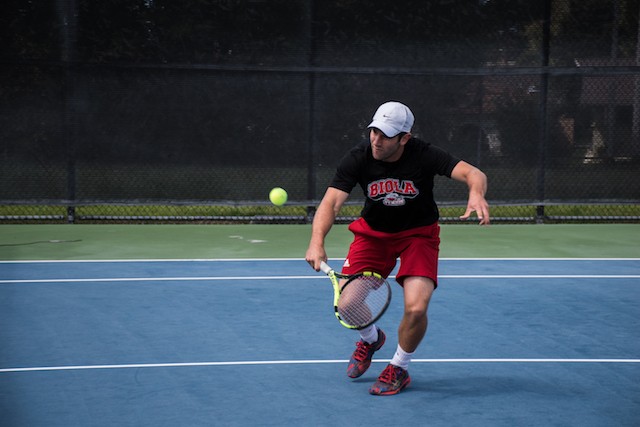 Both men’s and women’s tennis fell short against the Westmont University Warriors on Mar. 16, with final scores of 7-2 and 6-1 respectively.

Two of the women’s singles matches did not finish due to the rain. Kandakai came close in her singles match but lost by set scores of 6-4 and 6-0. Torres fell short in her sets, 6-0 and 6-1. Lauren Lee lost her sets by 6-3 and 6-2 scores.

Lauren Lee focused on playing with energy in her doubles match.

“To just get the ball in and play smart and aggressive,” Lauren Lee said. “For doubles, I think I played a lot more aggressively at the net, which that’s how we won a lot of our points.”

Head coach David Goodman describes how differences in matches could affect how a player succeeds.

“There’s a difference every match you play, kind of just personality wise, level of play, confidence, energy,” Goodman said. “It’s kind of how you deal with those different adversities that makes you succeed or not succeed.”

This game moved the men to 2-7 overall and the women 1-10 overall. Both teams will compete at home against Colorado Mesa University on Mar. 17. The women’s game will begin at 9 a.m. and the men’s at 11 a.m.