Softball comes back in doubleheader 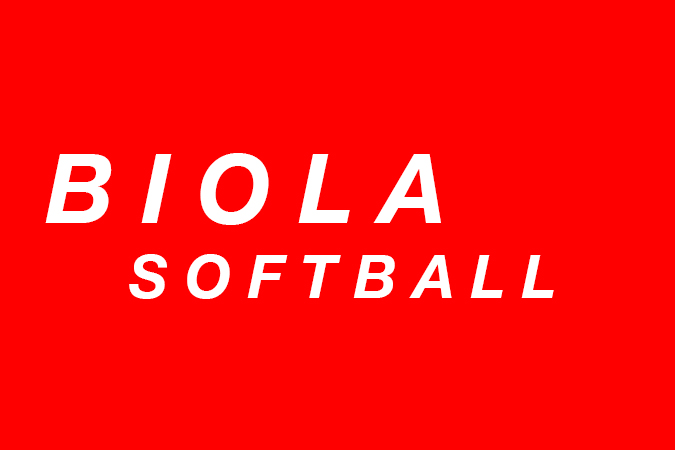 Biola softball looked to continue their win streak when they hosted PacWestopponents Holy Names University Hawks for a doubleheader on March 9. The two teams currently sit at opposite ends of the conference standings, with Biola near the top and Holy Names at the bottom. Biola went down early after a Holy Names solo home run in the second inning, but they fought back with a three-run fourth, eventually winning the game 4-1. After falling behind by five runs in the first inning of game two, the Eagles clawed back until their bats caught fire for the final two frames, scoring nine runs to win 14-6.

Game one saw the Eagles fall behind thanks to a solo home run from the Hawks, which proved the only hit that senior pitcher Terri Van Dagens allowed in four innings. Both teams’ starting pitchers proved nearly unhittable in the first three frames, allowing three hits combined.

That trend broke in the bottom half of the fourth when Biola heated up. Senior third baseman Selina Sherlin led off with a double, which was followed by a single and another double that scored two runs. Junior shortstop Andi Hormel successfully performed a suicide squeeze bunt with two outs to score designated hitter Kylie Velasco and give the Eagles a 3-1 lead.

Biola would extend their advantage in the fifth inning with back to back doubles from sophomore outfielder Jay Perez and sophomore catcher Kayla Neff. Freshman pitcher Paige Austin came in relief for Van Dagens and continued to shut down the Hawks’ bats, striking out five and only allowing one hit over three innings to earn the save and give the Eagles the 4-1 victory.

Biola fell behind early once more in game two, but to a much greater extent. Junior pitcher Kaile Chavez allowed five runs in the first two outs of the game before being replaced by sophomore pitcher Paula Damas. Biola struck back when Perez knocked a ball into the outfield with two outs and the bases loaded in the third inning. The ball was misplayed by the Holy Names outfielder and the Eagles cleared the bases to pull within two runs.

Damas only allowed one run on one hit, allowing Biola’s bats to eat away at the Hawks’ lead. The fifth inning saw the Eagles take advantage of an error and pile on the runs, scoring five more. A two-run home run from junior outfielder Areana Ramos, her third in two days, topped off the frame.

After Austin struck out the side in the sixth, Velasco and Neff each hit two-run home runs to trigger the run rule, as the Eagles closed out the 14-6 win.

The Eagles move to 23-5 (10-2 in the PacWest). They finish their eight-game homestand on March 15 when they take on the Academy of Art University in another doubleheader.