Athlete of the week: Jerron Largusa

The outfielder known as “The Goose” has shown a number of tremendous performances over the past nine games.​ 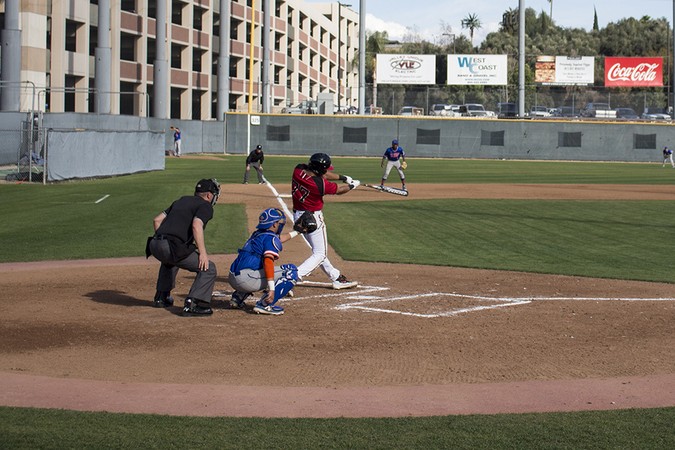 The Eagles embarked on a trip to Hawaii over spring break, featuring eight games total against PacWest foes Hawaii Pacific University and University of Hawaii at Hilo. This trip, and the following home game against Vanguard University on March 6, provided a chance for junior outfielder Jerron Largusa to show why he hits in the number four spot in the Eagles’ lineup. He made the most of his opportunity, helping the team to seven wins out of the nine games. Largusa managed at least one hit in every game, extending his hitting streak to 10 games, while hitting a .416 batting average over the nine games. He also hit all of his team-leading three home runs, drove in nine runs and walked four times in this stretch. Perhaps his biggest contribution was his ability to deliver in key moments. With a 5-2 lead in the top of the sixth inning against Hawaii Pacific on Feb. 26, Largusa smashed a two-run home run, which eventually proved the difference as the Eagles would go on to win 7-5. On March 2 against Hawaii Hilo, he got the Eagles off to a quick start with a two RBI single in the first inning of a 17-12 slugfest that Biola won. His solo home run in the 15-6 victory over Vanguard University started off a four-run fourth inning, where the Eagles stretched their lead from one to five runs. The veteran’s powerful and consistent bat earns him the Chimes’ Athlete of the Week.