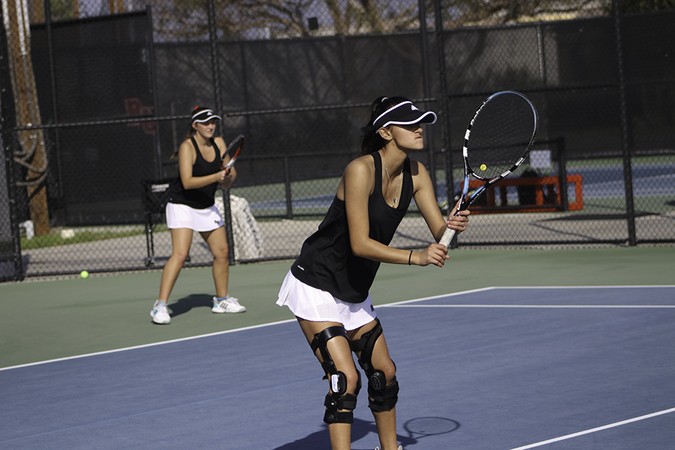 Men’s and women’s tennis played their first match of the 2018 season in a non-conference contest against San Diego Christian College in El Cajon, Calif. on Feb. 3. Both teams came up short in the end, with the men’s team losing 6-3 and the women falling 8-1.

The men opened the match with a lead thanks to sophomore Derek James and senior Lucas Lee. In a doubles match, James and Lee went against San Diego Christian’s first team and took an eight sets to five victory. Senior Philip Westwood and freshman Quentin Lau broke a tie with SDCC in the second doubles team, giving the Eagles the first two points in the game overall. After this, however, SDCC won five consecutive singles contests to seal the team win over the Eagles. Biola salvaged another point in the last individual match when senior Joe Turnquist got an victory by winning 6-4, 1-6 and 6-3 in three sets to give the Eagles a third point to add to the overall score.

On the women’s side, San Diego Christian stormed out of the gate, taking the first five matches against the Eagles. Biola finally got on the board when sophomore Tinisee Kandakai and freshman Lily Waterhouse won 8-4 in a doubles match against SDCC’s third doubles team. Sophomore Allison Torres had the Eagles’ best singles performance of the day when she won her second set 6-4 and forced a back-and-forth third set to a 9-9 tie before losing the match on two consecutive points. Kandakai and Torres were the only Eagles to win at least 10 games in singles matches but could not pull out a victory. San Diego Christian eventually won eight of the nine total contests over the Eagles.

The women’s team will have its first ever PacWest conference match at home against California State University Los Angeles on Feb. 6 at 2 p.m. The men will have to wait a little longer for their first Pacwest match, which will take place at Concordia University Irvine on Feb. 8 at 2 p.m.