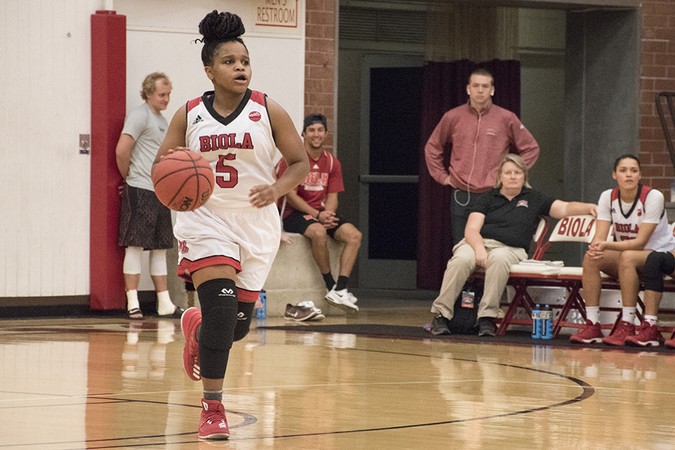 Women’s basketball ended the weekend in Hawaii with their second loss in the PacWest, losing to the University of Hawaii at Hilo on Dec. 2. The game ended with a final score of 63-59 and left the Eagles still waiting for a road win this season.

The Eagles started the game on fire by shooting 16 points and grabbing eight rebounds in the first quarter. The first quarter ended with the Eagles in the lead by by three points. During the second quarter, the Eagles continued their hot start by shooting 23 points and making seven turnovers. The Eagles had a 17-point lead in the second quarter by a score of 39-22 heading into halftime.

Coming out of halftime, the Eagles used their energy from the first half in the third quarter, maintaining the lead with a score of 53-46. However, in the fourth quarter, the Vulcans tied the game and made it a back-and-forth affair. Halfway through the quarter, sophomore guard Kayla Macedo put the Eagles back in the lead by making a three-point shot moving their score to 57-54. With less than 30 seconds remaining on the clock and the Eagles down by two, White made two free throw shots to tie the game to 59-59. After that, the Vulcans grabbed the lead by going on a four-point run. The Eagles tried to come back by attempting two three point shots with less than 15 seconds remaining on the scoreboard, but could not convert. Time ran out for the Eagles and they added yet another loss to their early season struggles.

Throughout the game, the top scorers for the Eagles were White with 14 points and freshman forward Jazz Benn with 11 points. White led the team with three assists.

Because of this loss, the Eagles moved to 0-2 in the PacWest and 1-5 overall including a four game losing streak. The Eagles will look for a road win in their next game at Concordia University in Irvine Calif. at 5:30 p.m. on Dec. 9.