The Eagles win their sixth straight match as they continue to dominate in the postseason. 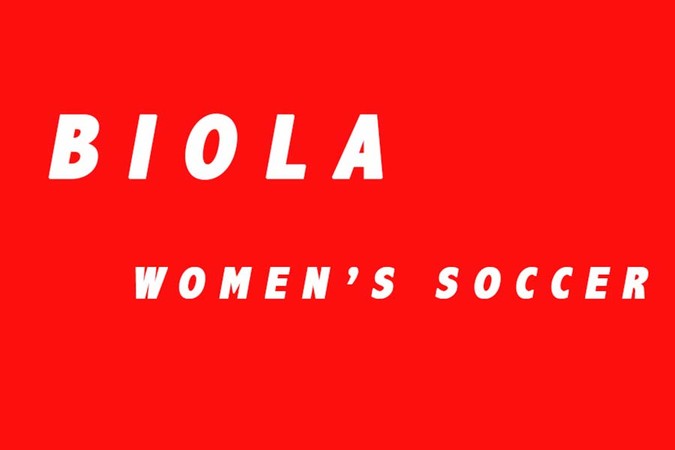 The journey through the National Christian Collegiate Athletic Associationtournament continued on Nov. 29 when the Eagles faced the Trinity International University Trojans. After the team’s 3-0 win over Emmanuel University on Nov. 27, another victory in pool play would guarantee Biola’s spot in the NCCAA tournament semifinals. After two quick goals, the Eagles prevailed 2-0 in a dominant win.

The Eagles continued their trend of fast starts when senior forward Samantha Verduzco registered a shot on goal just three minutes into the match, but Trojans goalkeeper Becca Wells saved the attempt. The relentless pressure continued as senior defender Cat Newberry and sophomore forward Sarah Jeffries both fired shots on goal before the clock passed 15 minutes.

Biola’s pressure finally broke through in the 28th minute when sophomore midfielder Hali Oakes passed a through ball to sophomore forward Paula-Marie Labate who placed her shot in the bottom corner to give the Eagles a 1-0 lead.

Refusing to let up, Biola continued to press for another goal and it came thanks to senior midfielder Janae Megorden. Verduzco passed back to the top of the box, where Megorden blasted her shot into the top corner of the goal to extend the lead to 2-0.

The Eagles have shut down their opponents’ attacks in the last two games, and had yet to allow a single shot on goal in NCCAA pool play. This streak ended in the 33rd minute as Trinity midfielder Victoria Padal shot on Biola’s goal, forcing sophomore goalkeeper Christina Rodriguez to make her first save since Nov. 4.

With a 2-0 lead, Biola managed in the second half by keeping possession and winding the clock down. The Eagles’ strategy went to plan, as they controlled the majority of the second half and limited Trinity’s scoring chances, and the match ended with the same 2-0 score.

The margin of victory does not fairly reflect the margin on the field, as it actually underrates the Eagles. Biola led in shots 25-6, shots on goal 14-5 and in corner kicks 5-2. The Eagles defense shut down the Trojans’ attack throughout the entire game. The shut out marks the sixth straight by the Eagles.

The Eagles move on to the semifinals of the NCCAA tournament against Concordia University Ann Arbor on Dec. 1.