Lent allows for reflections as a matter of the heart

A time of discipline guides students’ reflections on God’s goodness in preparation for Easter. 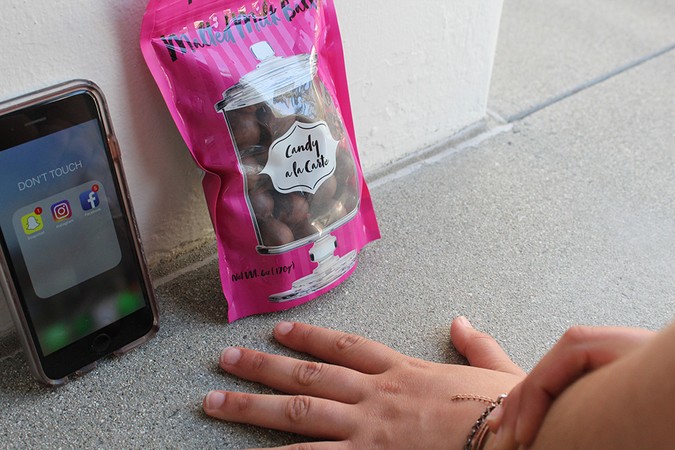 The observation of Lent encourages Christians to prepare their hearts to reflect Christ’s sacrifice by giving up something that distracts them from doing this. As described by President Barry Corey on The Lent Project page, “The season of Lent invites Christ followers into a sacred space of worship and contemplation.”

LENT OF OLD AND NEW

Whatever the sacrifice, be it chocolate or social media, sacrificing frivolous things allows Christians to refocus their attention. Sophomore human biology major Anna Tucker disconnected from social media during Lent season and has not used it since.

“I gave up social media. It was really good. It was hard at the beginning, but reflecting on my time now, I still don’t use it, because I just don’t feel the need for it,” Tucker said.

In the past, Tucker has observed Lent, and what she gave up depended on her season of life. However, she shared that this year she felt a “big impact” compared to previous Lent observations.

“I feel like when I was little, it was not playing with my toys on Sunday or something silly like that,” Tucker said. “And then, as I’ve grown up, it’s been more things that have distracted me from relationship with God.”

Junior philosophy major Paul Forbes took on the Daniel diet, which bears significance from Daniel 1. Forbes described the diet mainly consists of fruits and vegetables, among other foods found in the Daniel passage.

Senior public relations major Heather Tracy shared she did not give up anything this year, as she has in previous years. As she sipped on a Starbucksdrink from Heritage Cafe, Tracy alluded to two previous years when she gave up drinking Starbucks for Lent and the impact it had on her.

“For two years in a row, I took away Starbucks, which if you know me, that’s like a huge deal—clearly,” Tracy said. “I think I put a lot of emphasis on like, ‘Oh, I need this, or I need this,’ and I realize that I don’t need it. It’s only that I really strongly desire it. I was able to learn a lot about the difference between needing and wanting.”

Whether one has participated in Lent for years or not, the lasting impact can carry on to different seasons of life. Both Tracy and Forbes noted how it has molded and transformed their views on things like dependency and blessings.

While observing Lent entails a sacrificial element on the believer’s part, Forbes believes that the outcome allows for dependence on God. In turn, one now has the ability to dwell on the significance of Christ’s sacrifice.

“I think it’s done what it was always meant to do—to see what you rely on more than God,” Forbes said. “It takes you away from something that you think you’re really dependent on, and seeing that if you take it away, what do you depend on? How do you self-medicate yourself without it?”

When Lent season rolls around, churches prepare in diverse ways. Although the preparation looks different for every church and its congregation, Tracy shared that her knowledge of Lent comes from her church background as well as Biola’s emphasis on it.

“I’ve heard quite a bit about it. I don’t know that I necessarily study it. Church, chapels here—coming up to that time, everyone talks about it,” Tracy said.

Each Lent period presents new things to learn and take away. As Tracy looks forward to future Lent seasons, she hopes that they bring about opportunities to grow in gratitude.

“I think something that maybe I would want to get out of it is maybe just a better appreciation for the things I already do have—that I’m already blessed with,” Tracy said.

Since the purpose of Lent primarily focuses on Easter, the reflection aspect weighs heavily. Forbes shared how observing and practicing Lent can prove spiritually transformative and instrumental in understanding the significance of Christ’s death and resurrection.

“It definitely helps you know why you’re doing it, because when you Lent, and then the day that Jesus is resurrected and Lent is over, because it’s almost like you’re made new from it,” Forbes said.