Biola’s Advent project has begun again, thanks to the approximately 50 people it takes to produce. 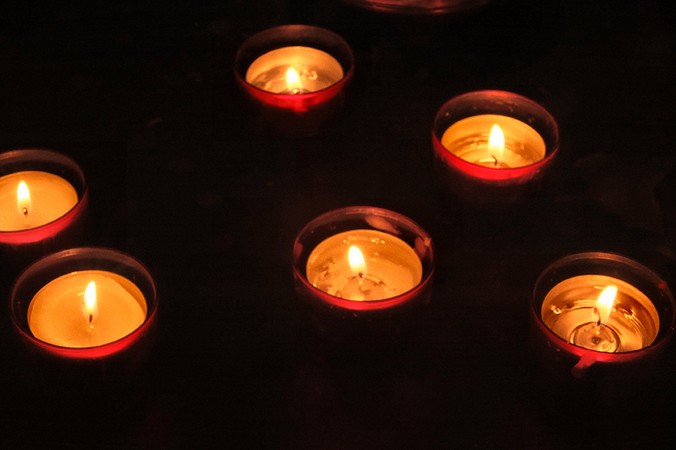 “Come, O come, Emmanuel.” During the holiday season, these Christmas carol lyrics resonate with followers of Jesus as they remember the incarnation of the Prince of Peace and the promise of his kingdom come.

The Center for Christianity, Culture and the Arts produces the Advent Project, an advent calendar devotional series, online each year starting the Sunday nearest the feast of St. Andrew the Apostle—a process taking nearly 50 people to complete.

When President Barry Corey said he wished for a campus-wide Bible devotional series, the previous CCCA program coordinator and art professor Barry Krammes came up with the idea of an Advent calendar open to the Biola community, which would incorporate art pieces and music. Consistent with the center’s mission of intermixing art and theology, Krammes designed a devotional that blended Bible passages, prayer, writing, poetry, art and music into a complete package for each day of Advent.

“I think we know the story and we’ve heard it and there’s a beauty in the retelling every year, but there’s also something about being a human being that we when we’re exposed to something often enough, long enough, we stop seeing it,” said Luke Aleckson, executive director of the CCCA and associate professor of art. “One of the true gifts that I think art gives to the world and the arts in general is it allows us new ways of feeling and new ways of seeing things that we thought we knew.”

The project began five years ago, meant mainly for the Biola community, but each year the project has reached a larger audience and spanned across the globe. Now, over 23,000 people around the world subscribe to the project to receive the devotions, and the project has received positive feedback.

“I have been really touched by some of the emails that I’ve gotten in response to the project from our subscribers. It’s just been really heartwarming [with over 23,000] people, they each have a different story, but some people have shared that they’ve gone through illness or really hard times and the project has really uplifted them,” said Nila Osline, CCCA communications coordinator.

In the past, Krammes orchestrated the program mainly on his own, as he found all the art pieces, music and poems to incorporate into each devotional. However, after he retired this year, Osline took over the organization of the series. She invited four guest curators to help produce the project: Torrey Honors Institute professor Greg Peters selected the Scriptures, professor of English Chris Davidson chose the poems, alumna Rachel Glazener found the music and Canadian artist Betty Spackman gathered the art.

“So it became a really interesting collaborative thing between a bunch of wonderful talented people in all these different fields,” Aleckson said. “The devotions are written by dozens of different people who all volunteer their time and kind of putting their own heart into it.”

Advent, the beginning of the Church’s liturgical year, lasts for the four weeks leading up to Christmas, although Biola’s Advent lasts longer for reflection. This prayer-filled season provides a time to meditate on Christ’s birth and his second coming, and it offers a time to marvel at the incarnation, according to Father William Sanders in an article for Catholic Exchange.

“We get so busy sometimes with all of the preparations for Christmas—decorating and cooking and baking and parties and gifting and all of that stuff—that it’s nice just to take that little extra time and sit down and be with Scripture and the devotions and the music and the art,” Osline said. “And hopefully, we’re just allowing them to reflect in that sacred space.”

Since the CCCA runs completely on donations, a few weeks ago, anyone connected to the CCCA received an email informing them they may not produce the Advent calendar after this year. They requested those who enjoy the project to donate to its continuation, and they have felt blessed by the amount of support they have received in the past few weeks. They plan to send out one more email, but they feel hopeful about next year’s prospects.

“For it to be self-sustaining and to continue to grow and continue to bless people around the world, [we] will just have to hopefully develop that continuous but modest amount of support for that to happen,” Aleckson said.

With the Advent season now underway, the Biola community can connect with the larger Christian community through liturgy, Scripture and art to methodically remember the birth of Jesus and the coming of the kingdom of God.

“We’re just hoping that it becomes a wonderful blending of art and faith together and hopefully we’re helping just to enrich their experience with the project,” Osline said.