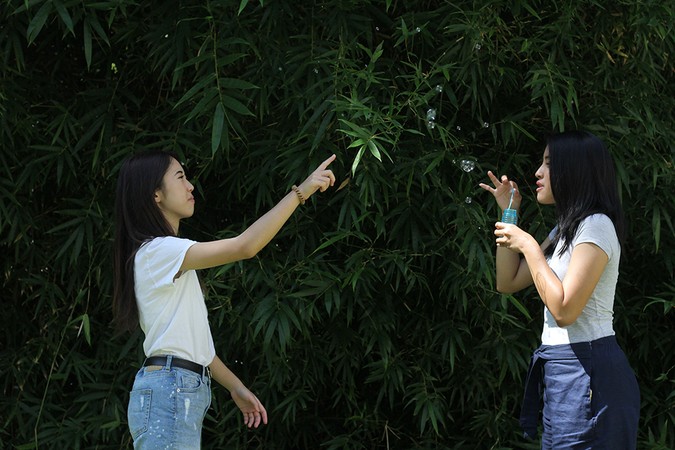 Facebook CEO Mark Zuckerberg made his appearance before members of Congress to explain his company’s connection with a recent data leak that allowed a profiling firm to gain the personal information of up to 87 million people.

The firm, Cambridge Analytica, paid about 270,000 people to take a personality quiz in 2014, according to ABC News. Due to Facebook’s loose privacy policy, Cambridge Analytica gained the information of those who signed into the application through the social network, as well as the data of their friends. The information Facebook keeps on users and non-users alike remains extensive, including phone numbers, private messages and removed friends, according to the New York Times.

Cambridge Analytica has come under fire from officials for its acquisition of user data, particularly after news surfaced that it serviced President Donald Trump’s election campaign by providing information about voters, according to the Washington Post.

Almost 100 politicians questioned Zuckerberg on Tuesday and Wednesday about Facebook’s user policy and the need for regulation, but the hearings failed to result in any conclusion about what those might look like, according to Reuters. Some media outlets identified the senators’ unfamiliarity with technology as the key issue, with CNN comparing the hearings to a young adult teaching his grandparents how to use a computer.

Zuckerberg’s stake in Facebook grew about $3 billion over the first two days of the hearing, according to Reuters.

While freshman business administration major Estie Dragt disapproves of the data leak, which has also raised concerns of advertisers’ utilization of user data, she feels the online environment allows such events.

“I definitely don’t like it, and I don’t think advertisers should have access to that sort of information if it’s supposed to be kept between you and the company, but I do understand that everything that goes on the internet is public in some way, and so it doesn’t surprise me when that happens anymore,” Dragt said.

Senior music in worship major Nichelin Caballo deactivated his Facebook account to focus on school, so he does not feel worried about the security of his information. The problem, he believes, lies in people’s misplaced trust in social media.

“These social media platforms, they present themselves as this one hip thing that we should all try out, and we get caught up in that,” Caballo said. “They’re really disguised as something else, like Facebook for example. We don’t really know the inner workings of what they do behind the scenes.”