Art department gets recommended for Bardwell

Art majors may have significantly more space to improve their craft in new facility. 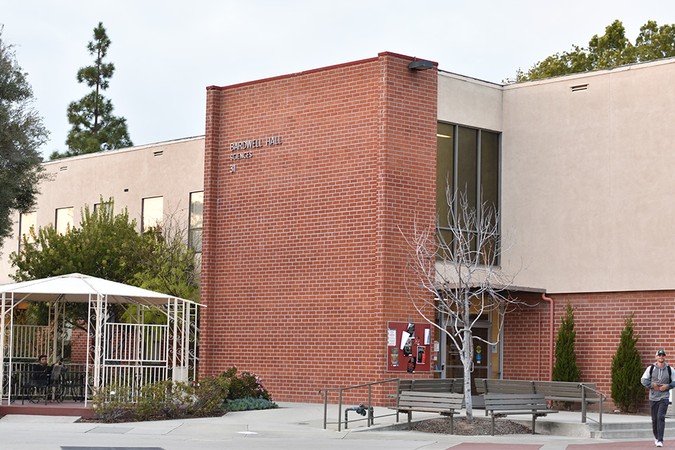 Sophomore studio arts major Hannah McLaughlin was in her typography class when a flood of art students rushed into the Mac lab, each of them vying for the use of one of the precious computers. So many students had come in that her professor had to ask them to give priority to those taking the class.

Art students have struggled to find room in their current facilities, according to McLaughlin. if the Board of Trustees adheres to facilities management’s recommendation that the art department receive Bardwell Hall as its new main building, she might see the issue resolved by the time she graduates.

“Space is definitely a problem, and that’s awesome that they want to do stuff in Bardwell and expand it up a little bit more,” McLaughlin said.

SUPPORT FOR THE ARTS

“The most exciting aspect, I think, is providing a first-rate facility for the art department in an already very active area of the campus. I think that makes a really positive statement that Biola supports the arts,” Phillips said.

The current plan for Bardwell includes installing two computer labs, a darkroom, virtual reality workstations and studio space. The plan also features changes to the area outside the building, including a screened art yard where students can work outdoors in a secure location and a student gallery to showcase artworks during events.

“The art department has been around for just over 50 years. The chance to kind of think about its space needs in a focused way is a long time coming,” said Jonathan Puls, interim dean of fine arts and communication. “I think it’d be a great signal that visual arts specifically and the arts generally are valued by the school.”

The art department remains scattered across campus, with offices in the Grove, the Fine Arts Building, the Nineties Building and Rood Hall. It moved to Rood Hall due to the construction of the Lim Science Center requiring the demolition of its department building two years ago, and will lose Rood Hall and the ceramics and woodshop building so the new cinema and media arts facility can use the space.

Puls believes the art department has coped with its current special situation, but would greatly benefit from the move.

“It’s not ideal, but the art department has a great spirit, so we’ve kind of dealt with it well, but the excitement would be a more consolidated space,” Puls said. “Art is about collaborative, creative work and it’s directly, often, related to the space available to you and the kind of things you can accomplish.”

If the board approves the plan, the art department’s current combined total space of 11,372 gross square footage will more than double after the deconstructions, combining the remaining 4,750 GSF from the Nineties Building with the 20,800 GSF of Bardwell.

Phillips declined to share the cost of renovating Bardwell in advance of the board meeting, but believes funding the project remains its greatest challenge.

“It’s like we were supposed to be there all along,” McLaughlin said.