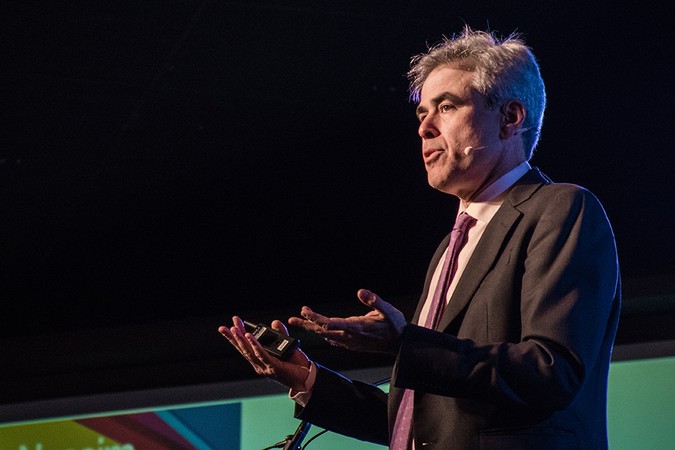 As Jonathan Haidt, a prominent social psychologist, walked towards the stage to discuss his newest book, “The Coddling of the American Mind,” the packed crowd seated in Sutherland Auditorium felt a sense of uncertainty. This event gave new ground for both Haidt and Biola in seeking to understand the suppression of ideas often found on college campuses.

THE NEED TO BE ANTIFRAGILE

“Where we are in this country right now, we’re being torn apart along so many dimensions. I think we’re losing sight of the great liberal tradition, liberal in the philosophical-classical sense of how you have society that creates maximum room for people to live the lives they want to live, to form the variety of communities without coercion and without force,” Haidt said to the audience.

For Haidt, the country does not deal with these complicated issues in a constructive and productive manner that proves beneficial to society, but he remains encouraged by the way Biola seeks to reconcile with these political and social conflicts.

Antifragile, a termed coined by Lebanese-American scholar and statistician Nassim Taleb, enlarges the issue of a coddled society and furthers the notion that society needs pain and brokenness to become stronger, wiser and better able to adapt to problem-solving.

“And he was looking at banking and regulation systems, and immune systems and all kinds of systems that will basically fall into decay if they are not challenged,” Haidt said to the audience.

“When I first got here I felt like I was in utopia, and I didn’t like it because I come from a place that’s not perfect, and I want to engage like real things and real issues,” Oldham said.

By the final seconds of the session, the book’s slogan, “how good intentions and bad ideas are setting up a generation for failure,” served as the centerpiece and focus of alarm for the millennial generation, according to Haidt. This idea has shown itself plenty throughout colleges and universities where students feel like they constantly walk on eggshells.

Haidt feels encouraged by the student and faculty responses have shown and believes that Biola has the opportunity to stand out amongst the secular circles to offer something refreshing.

“Christians and Christian communities have certain moral recourses and moral virtues that are in shorter supply in secular society and I think humility, self-control, love, responding to enemies or attacks with love, these are extremely powerful,” Haibt said. “And my hope… is that Christian students could develop ways to talk about diversity race, sexuality and areas of conflict and issues of microaggression. They could develop ways of talking about this that would be new, that would be positive and heartwarming, and that would be different from the way those conversations tend to go now on secular campuses.”