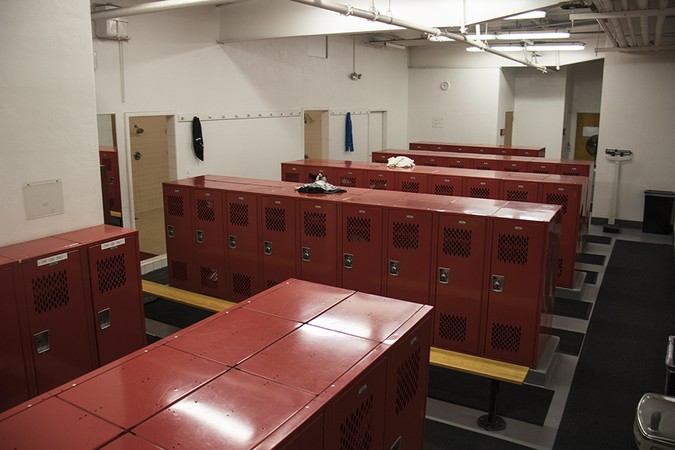 Chase Gymnasium will receive its fourth expansion since its construction in 1966, offering additional space for cramped student athlete practices and workouts by 2020.

The emphasis on athletic facilities addresses student needs both recent and historic, according to vice president of university operations and financeMichael Pierce. He believes that while administration has responded to Biola’s entry into NCAA Division II by investing resources into athletics, the gym renovations also allow the facility to serve a student population which has grown immensely since the building’s construction.

The last major renovation involved an expansion of the fitness center and training facilities in 2010, according to senior director of facilities management Brian Phillips. The upcoming renovation will expand the gym by 1,040 square feet.

The Board of Trustees approved the renovations in January after the kinesiology department left the gym offices for Soubirou Hall and the Alton and Lydia Lim Center for Science, Technology and Health. The board also approved the $2 million needed to fund the intramural and events center.

Administration must find the means of paying for the approximate $6.4 million renovations by May, according to Pierce.

However, the board decided against constructing a second floor above the wings of the gym where most of the renovations will take place after discovering that the project would cost an additional $5.7 million. The renovations will build foundations for a second story, which would include two classrooms, a conference room and locker rooms, according to Pierce.

“Everything is very functional, but everything is fairly old and fairly small,” Beresford said. “Like right now, we share a locker room with both women’s soccer and cross country, so it’s a lot of girls in a small space.”

She also believes the improved facilities will help bring in stronger athletes.

“I think [the renovations will] just let everybody be able to train a little harder and just have more accessible resources, and I think it’ll also attract some better athletes to school because right now, that’s definitely something athletes look at when they’re visiting, is the facilities,” Beresford said.

The renovations will also benefit the overall student body, according to Pierce.

“I think that athletics plays an important role in the community for other students, those who maybe are not participating in a sport,” Pierce said. “Just because you’re not playing basketball doesn’t mean you don’t like going and seeing us beat APU.”