Library strives to stay within budget as prioritization process continues 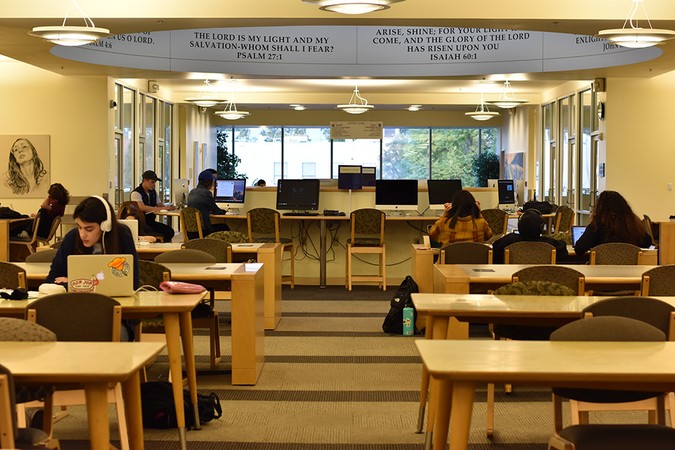 The library has worked with budget cuts by finding places to increase efficiency.

After facing budget cuts of nearly $180,000 in the past two years, the library is responding by creating greater efficiency within their operating system.

Prioritization of the library began in 2016 with the intention of evaluating  and determining the importance of various library functions. Based on this evaluation,  administration has been able to make informed decisions on the allocation of funds. Although the library has made cuts in the past, the library staff believe they will have the capability to continue providing the community with quality service.

“When it got to the complexity of the library, they looked at what we sent in and had some questions. We could see from the initial report that there was a clear misunderstanding of one our operations,” Geary said.

The library evaluation, along with a few other departments, has faced delays. The extra time allowed for further communication between the library administration and leadership.

“Leadership didn’t feel like they could make decisions without getting more information or research done,” said Brenda Velasco, director of communications. “So they’ve been given more time to actually provide additional research or data to different leaders on campus.”

MAKING THE MOST OF IT

Although the library was confronted with a decrease in budget, library operations have seen an increase in creativity and innovation. With a finite budget and a need to maximize efficiency, ideas have sprung forth, saving the library thousands of dollars.

“What I’ve seen more and more is departments cutting things out or being creative about their systems, maybe hiring a third party vendor to do something that they were doing because it’s going to cut costs now,” Velasco said. “So there’s just more of an awareness of financial solvency and being more judicial with our resources that we’ve been given.”

“We do a lot of things to stay current, to cut costs and become efficient, that people outside of the library wouldn’t know,” Geary said. “Prioritization causes you to take a hard look at what we can stop doing.”

Another idea proposed by President Barry Corey is to provide Open Education Resources, which are online texts or support for curriculums that will significantly decrease the cost of textbooks.

“The president has asked that we not only make a kind and attractive campus, but we need to make the cost of going here more affordable,” Geary said.

Biola students have put forward many ideas of their own and often have the opportunity to voice their opinions through student surveys.

“I would like more private rooms and a more organized system to reserve them,” said Holly Chang, freshman cinema and media arts major.