Bon Appetit donates leftover packaged food instead of throwing it away. 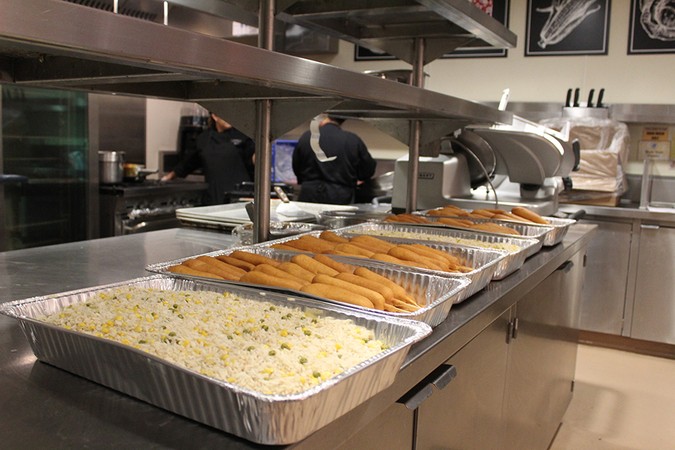 The Caf recently joined a program to donate leftovers to a food bank in downtown Los Angeles.

Biola’s Cafeteria and Bon Appetit staff launched an initiative in which they donate the leftover Caf and retail food to the organization Chefs to End Hunger this past summer.

WHERE THE FOOD GOES

The Chefs to End Hunger organization works across the nation to provide meals, as well as other aid and emergency services, to local food agencies. They primarily work in larger cities, such as Los Angeles and San Francisco, where large restaurants and food services are willing to donate.

Bon Appetit works with the Midnight Mission, one of the agencies under the larger Chefs to End Hunger organization. Midnight Mission serves over 90,000 meals a month in downtown Los Angeles. The catering services send the packaged food from the Caf and other eateries to the Mission, according to Bon Appetit manager Philip Haskins.

“Anything that’s left over, instead of being thrown away, will be donated now to… Midnight Mission Downtown LA,” Haskins said.

“It’s part of our company mission also, to work within the community, to help the community in any which way we can,” Rall said. “The last thing that we want to do is throw away food, but food can reach a point where we can’t sell it anymore, but it’s still consumable. It only makes sense to go give it to somebody who’s willing to use it and it benefits somebody else.”

“There used to be a club on campus called Rock and Wrap,” Rall said. “They would come help package food for the Salvation Army and then the SA would come and take it 3 times a week.”

However, the 15-mile distance from the Salvation Army made it harder to transport the food. Bon Appetit now works primarily with Chefs to End Hunger.

HOW CAN STUDENTS HELP

Students can help limit Biola’s food waste by monitoring their own food consumption as well. Bon Appetit chef Amine Boussakou shared that students should be more aware of how much food they waste because the Caf must throw away any food students take but do not eat.

“The thing that [we’d] really appreciate from the students is [better] portioning,” Boussakou said. “For example, when they come and pick up food, they only pick up things that they think they can be consuming instead of throwing the food, the leftovers from their consumption.”

Students can also get involved with Manna Ministry on campus, where they can donate their unused meals to feed the homeless population in the LA area.