It is the great trophy, Charlie Brown

APEX invited the audience to revisit their childhoods and teenage angst. 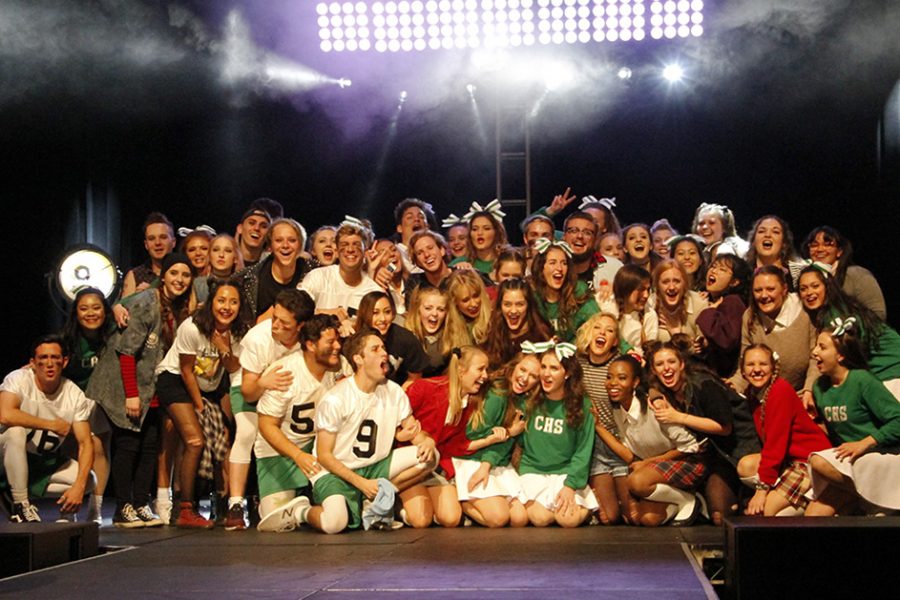 With a Charlie Brown theme, APEX won Mock Rock for the second year in a row.

Tugging on the heartstrings of many student’s high school playlist, APEX has taken the Mock Rock trophy for the second year in a row.

“I can’t believe we won two years in a row. We knew that we put in a lot of work, but our ultimate goal was just to have a blast,” said Timothy Jurgensen, junior Christian ministries major who played Schroeder. “Winning really wasn’t on our mind until earlier this week so I think it’s really surreal how we won, and it’s amazing.”

The routine featured many classic early 2000’s songs and receiving shouts and applause from the audience throughout. The story began when the annual high school dance got cancelled, and Charlie Brown and his friends sought to throw their own.

“I think audience loved it, they were cheering really loud and so I think it worked out well,” said Drew Knight, senior journalism major who played Linus.

To begin the event, the doors opened early to allow time for Campus Safety to check bags. While Chief John Ojeisekhoba of Campus Safety gave no specific reasoning, he explained it was not an unusual process.

“It’s just [an] added layer of security. There’s some events that we do actually check bags besides Mock Rock,” Ojeisekhoba said. “There’s some graduation events where we have actually looked at people’s bags.”

As judges, director of worship and formation Mike Ahn and director of Student Enrichment and Intercultural Development Meleca Consultado shared their input on the performances throughout the night as well as participated in a magic show while students voted.

“Believe it or not, this is my first Mock Rock. So I’m really excited to see students’ creativity and energy and excitement and just kind of put it all together, and what I love is when people put their talents together and together as a team it just shines, so I want to see that,” Ahn said.

“Every team has the opportunity to get first place, every team has an equal time of attention, every team will be able to be recapped, the judges critique is important, but we want to make sure the audience gets to have their voice shared too for all of their teams,” said Ijah Lockett, Student Programming and Activities campus event coordinators and junior nursing major.

With Bropoc, the audience travelled back to their childhood and ventured alongside Toy Story characters such as Woody, Buzz Lightyear, Jessie, Mr. Potato Head and Barbie in search of Andy at college. In the process they received help from the army men and battled against Zurg. After touring around campus with a fidget spinner as a guide, the crew gets sent home as toys for Professor Andy’s children.

Heroes landed in third with their jukebox routine. Starting in the 1920’s, the three main characters had to battle their way through several decades of music in order to return to 2018. This included dancing with 1920’s flappers, doing the twist and shout in the 1960’s, and continuing into the 1970’s, 1980-90’s and early 2000’s. They finished off their routine by sending dancers into the crowd.

“I think the beautiful thing about Mock Rock is that we are always striving to improve ourselves and just to show everyone what God has given us because dance is a beautiful thing, dance is what David did to worship God and that’s what we’re doing,” said Anolyne Dacoron de Guzman, Heroes member and senior psychology major.

“If you look at all the themes and when you see the show, you’ll see like it was made for us. It was made for our generation and it’s just so exciting because that was not intentional,” Lockett said.