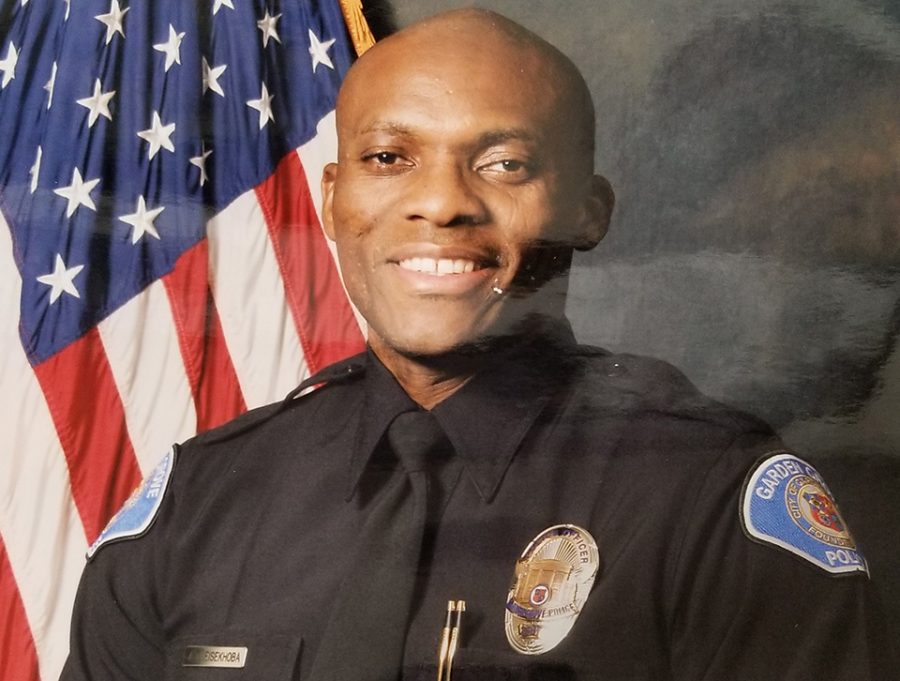 John Ojeisekhoba, Sr., waited in the United States embassy in Nigeria, his heartbeat quickened and his hands shook. For four years, he had gone through this process but gotten denied. He had one last chance to reach his dream.

As he walks through Biola’s campus today with a commanding presence and soft heart, one would not doubt chief of Campus Safety Ojeisekhoba belongs here. A little over 20 years ago, he did not know if he would have the ability to come to the U.S., much less become a national award-winning Campus Safety chief.
His goal
“My goal all along, going back in a third world country where sometimes you don’t know where your next meal will come from, was to make it here to the United States of America,” Ojeisekhoba said. 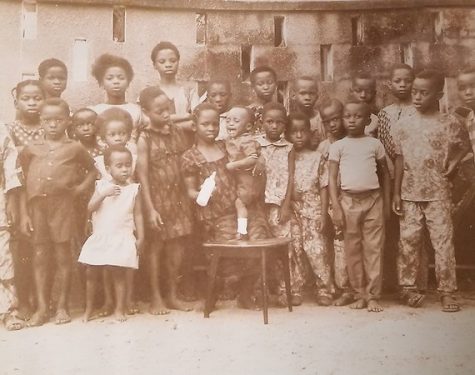 Ojeisekhoba grew up in a Christian family in Nigeria, where his father served as a police officer. There he discovered his talent for track and field. Soon schools started scouting him out, including Biola. When he received a letter in the 1990s from the Biola track coach Leroy Neal, his family rejoiced.

“I was overjoyed that my dreams were going to come true. Me and my family back in Nigeria celebrated because if you have someone that is overseas in the country like the United States of America, that means what? One day, they can send money home,” Ojeisekhoba said.

In their excitement, they forgot he needed a visa. He went to the U.S. embassy, full of anticipation for America, but got declined. He returned for the next three years only to receive the same result. After his fourth year trying, he got the opportunity to compete in an international competition in Buffalo, New York.

He flew with a team of approximately 40 other athletes to the John F. Kennedy International Airport. Ojeisekhoba remembers noticing how the floors shined. He had never seen floors that glistened like this before. Then, they loaded a bus to Buffalo. Though the ride took nearly seven hours, no one slept. Everything looked new, even the foliage they passed.

“We arrived at North of Buffalo and they took us now to where we will be staying at University of Buffalo at a dormitory. We thought it was a five star hotel because it was so nice, so nice and clean,” Ojeisekhoba said. “When we got to the cafeteria, [I had] never seen that much food ever in my life before, ever. So we ate and ate and ate.”

One of them grabbed a backpack, which they filled with apples. A cafeteria worker approached them, assuring them they would get dinner later. Growing up not knowing when the next meal would come, they did not believe her and continued grabbing apples.
A marvelous glimpse
Each day brought more wonder, and each day, the team grew smaller as more people defected. Ojeisekhoba wanted more than anything to join them. He had waited over four years to live in the States. Yet, his conscience would not allow him to run away, so he and only four others returned to Africa.

“It’s America, right? Here I am, all my life wanting to come to America. Free transportation, parents didn’t have to sell any property for me to get an airfare. I have a visa. Even if it was a two week visa, there’s a way to convert it to a student visa,” Ojeisekhoba said. “At the end of the two week of the games, I went back. I went back. And [it] was one of the most difficult decisions I ever made.”

Then he got contacted from Biola again for the fifth year, and for the fifth time, he went to the U.S. embassy to get a visa. The immigration officer told him to sit as he went into the main office. Ojeisekhoba still remembers that moment of nervousness. The immigration officer came back to the counter. Amazed, he noted how Ojeisekhoba had gone to America, yet came back. Then he granted him a four-year, multiple-entry visa.

Even after he made it to the U.S., his trials did not end. He endured troubles with finances, a career-ending knee injury and a search for his new vocation. He also had joys along the way, such as meeting his future wife, Heidi, and receiving support from his track coach.

After a career detour, he returned to Biola as an officer, eventually rising higher in rank, until he became chief eight years ago. Today, he is married to Heidi and has five children. He loves serving the Biola community as chief and protecting students as if they were his own children.

“I enjoy leading the departments to put measures in place that will always put the students first in terms of safety,” Ojeisekhoba said. “I enjoy working for a department here that, every single one of the personnel here to me is somebody. And I often use my story to challenge my officers to tell them that if I can go through situations I went through back in Africa and over here, and able to make something out of almost nothing, they have no excuse, and they really don’t have an excuse.”