People are always thirsty to hear the Gospel, we just have to be willing to give them a drink. 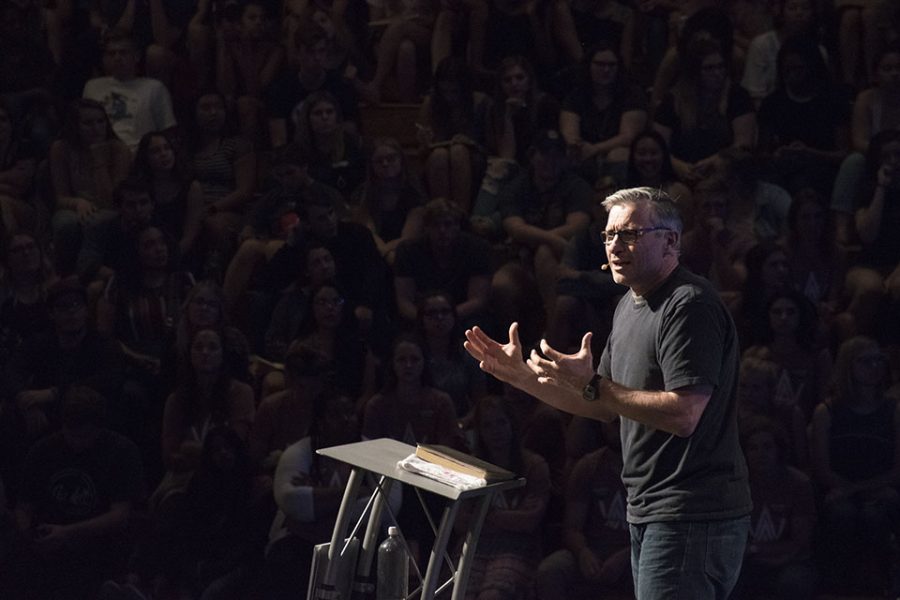 People are always thirsty to hear the Gospel, we just have to be willing to give them a drink.   |   Chak Hee Lo/THE CHIMES

Once again, Dr. Erik Thoennes has come straight at the little Biola bubble of evangelism and demolished it. This time, he was not doing it from a classroom lecture in button up and tie, but rather in two T-shirts — he ripped one to show a “Jesus Saves” shirt underneath.

A spirit of boldness

He preached from Acts 19 primarily, with Romans 8 and Acts 4 tying it together, and showed how we have not received a spirit of meekness, but rather boldness. The Holy Spirit, who Thoennes argues rightly is the main character of Acts, has gifted every Christian to evangelize but we think that we are being too bold in our declaration of Christ when actually the opposite is probably true.

He talked about the Apostles in Acts 4 when they were brought before the Jewish leaders and told to stop speaking about Christ. Thoennes said Peter might have recounted for them all the things he had seen Jesus accomplish and still denied him three times. He had been redeemed and could not refrain from telling everyone about Christ, even if that meant he was to die like his savior.

Lastly, Thoennes wrapped up with a story about his great grandfather who died at 97 but was still roofing his house at 94. He never graduated high school but could still give better theological answers than some people with doctorates.

He spoke about this great man and then asked, “Now why do I tell you that? Because he seems like a great man and you want to meet him now. And for those of you who are Christians, you will in heaven. And that is how we should evangelize. This great God who has rescued and ransomed us from the worst of the worst and is our beautiful savior; that is who we preach to others.”