A rethinking of the “least of these”

Pastor Benji takes an in-depth look at how we understand the “least of these” and global awareness. 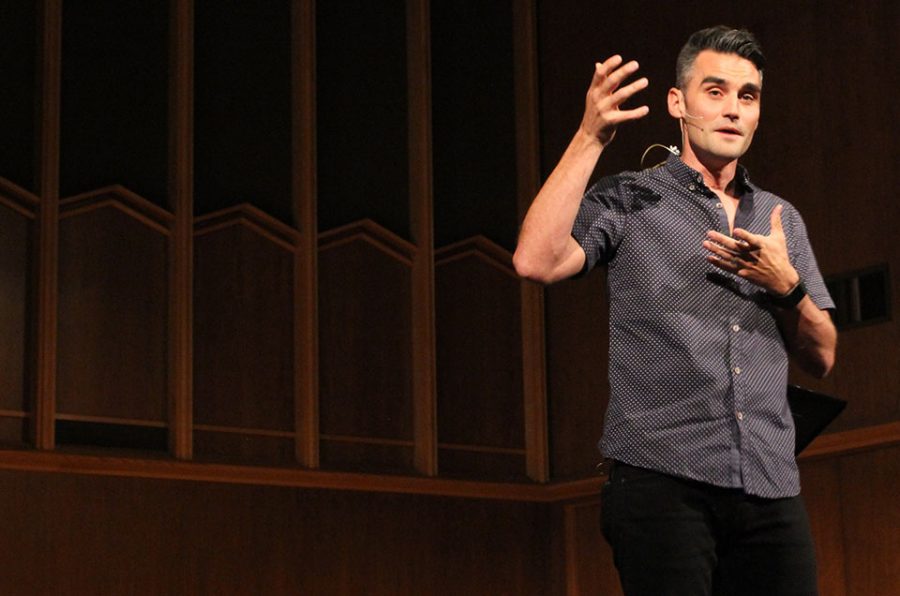 Pastor Benji takes an in-depth look at how we understand the “least of these” and global awareness.   |   Amelia Mowry/THE CHIMES

Going into the Global Awareness session, I did not know what to expect. As a result, I decided to walk in there with an open mind. As the speaker, Pastor Benji began talking and referenced Matthew 25:31-46, which talks about if we do for the least of these we also do to Christ.

Interestingly, Pastor Benji talks about how we have come to misunderstand this passage to talk about the poor when in all actuality it is in reference to us as those saved by grace. Essentially we are the least of these and this is because it is only through the grace of God that we are here. This idea set a new precedent when it comes to how I think of missions.

As Pastor Benji said, we have so much knowledge, but it actually can impede how we react. Missions are not about us feeling sorry for the “least of these”, but instead it is us as the “least of these” reacting to the Grace of God given to us through salvation. We thus react by giving of our time to help those who are also in need. The idea of “Witness: Come and See, Go and Do” is just that — it is changing our perspective to an understanding that we are in no way better than those we are serving. Instead, we are just a fellow broken soul equipped with the truth, spreading that truth to another. This was significant to me personally because when I have done missions work in the past like evangelizing, I look back at it and realize that I entertained this distorted sense of what missions is and what it is capable of.

After the message, we were invited to go into the breakout rooms, each focused on a separate ministry opportunity and its corresponding atrocity — such as sex trafficking, homelessness, and foreign refugees. These rooms gave a look at the stories of those affected and how prevalent these things are in the United State, our own backyard, affecting thousands of people on a daily basis. All in all, this Global Awareness session is a session that will challenge one to the core, opening eyes in the process.