Top 10 albums of the year

Mack Hayden lists his top ten albums of the year, including albums by the Shins, Grizzly Bear and mewithoutYou. 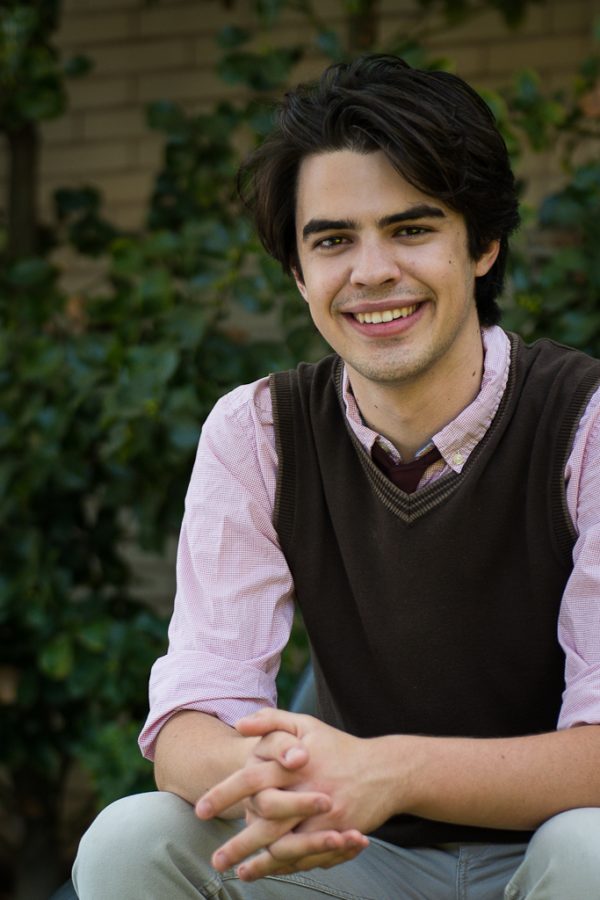 2012 may be the year the world ends but at least we can say the apocalypse will be ushered in by plenty of good music. This was a great year for new bands to debut and old standbys to wow yet again. Here’s the top ten albums of the year:

10. “Blunderbuss” by Jack White — The White Stripes’ fans had their share of tears this year but Jack White’s foray into solo territory seems to have been an excellent move for modernity’s foremost bluesman.
Best Tracks: “Sixteen Saltines,” “Love Interruption,” “Hypocritical Kiss”

9. “Fear Fun” by Father John Misty — Hailing from Fleet Foxes, Josh Tillman traded in his drumsticks for an acoustic guitar and adopted a name reminiscent of some kind of Catholic mystic. “Fear Fun” is a record in love with the past. Whether Misty wants to “smoke everything in sight with every girl he used to love” or just thinks “we should let these dead guys sleep,” this is an album of beautiful ghosts.
Best Tracks: “Funtimes in Babylon,” “Hollywood Forever Cemetery,” “Well, You Can Do It Yourself”

8. “History Speaks” by Deep Sea Diver — This one came out later in the year and shines like a cleaned up Talking Heads record. Jessica Dobson spent a fair amount of the year touring with The Shins as a lead guitarist and her tasteful fretboard prowess shows. But it’s her throaty yet refined vocals that really hit the most. “As we walk through the valley of the shadow of death / I feel the fear in your hollow spine is erect.” Quite the debut.
Best Tracks: “You Go Running,” “Nwo,” “Ships”

6. “Ten Stories” by mewithoutYou — I was never the biggest mewithoutYou fan; the shouted, spoken word rants accompanied by crushing guitars did not seem like my scene. But the opening licks of this CD can and should inspire anyone to look backward through all their other albums. Aaron Weiss is a searching wordsmith and his band is dedicated to providing method to the madness all around us.
Best Tracks: “February, 1878,” “Cardiff Giant,” “All Circles”

5. “Shields” by Grizzly Bear — Each Grizzly Bear album has shown significant improvement from the one previous. “Yellow House” made them a force to be reckoned with. “Veckatimest” brought in a widespread fanbase. But “Shields” is the one ensuring their place as modern classics. Their desire to continue experimenting with intricate harmonies, delicate polyrhythms and melancholy lyrics is exciting.
Best Tracks: “Sleeping Ute,” “Speak in Rounds,” “Yet Again”

4. “Delta Spirit” by Delta Spirit — Like Grizzly Bear, Delta Spirit has been great since their conception as a band. “Ode to Sunshine” was retro in all the right ways, a debut for the history books. Their latest is rightly self-titled. They have found a unique voice all their own and it’s saying some pretty amazing things.
Best Tracks: “Idaho,” “Otherside,” “Money Saves”

3. “Oshin” by DIIV — Hands down the best new band of the year. Zachary Cole Smith is the touring guitarist for Beach Fossils, last year’s greatest new band. His echoey guitars create soundscapes that map out sublimity like a blueprint. Other albums on this list are catchy, deep and interesting but DIIV’s first record is transcendent and almost spiritual.
Best Tracks: “Human,” “Wait,” “Follow”

2. “Break It Yourself” by Andrew Bird — Occasionally comes a virtuoso who exhausts superlatives. Andrew Bird can do just about anything you could want musically and then whistle like a god too. There’s not a dud song in the bunch and some of the violin breakdowns will make your ears more thankful than they’ve been in years. He’s a treasure.
Best Tracks: “Eyeoneye,” “Lazy Projector,” “Orpheo Looks Back”

1. “Port of Morrow” by The Shins — I’ll come clean and say I used to make fun of The Shins. I thought they represented a sort of overly poppy, entry-level indie that too many posers were latching on to. I’ve since grown up and repented for my sins. “Port of Morrow” is blindingly good. James Mercer has the ability to pen melodies and write the kind of lyrics that could garner a title like “today’s Brian Wilson.”
Best Tracks: “Simple Song,” “No Way Down,” “Fall of ‘82”