All clear given for active shooter alert 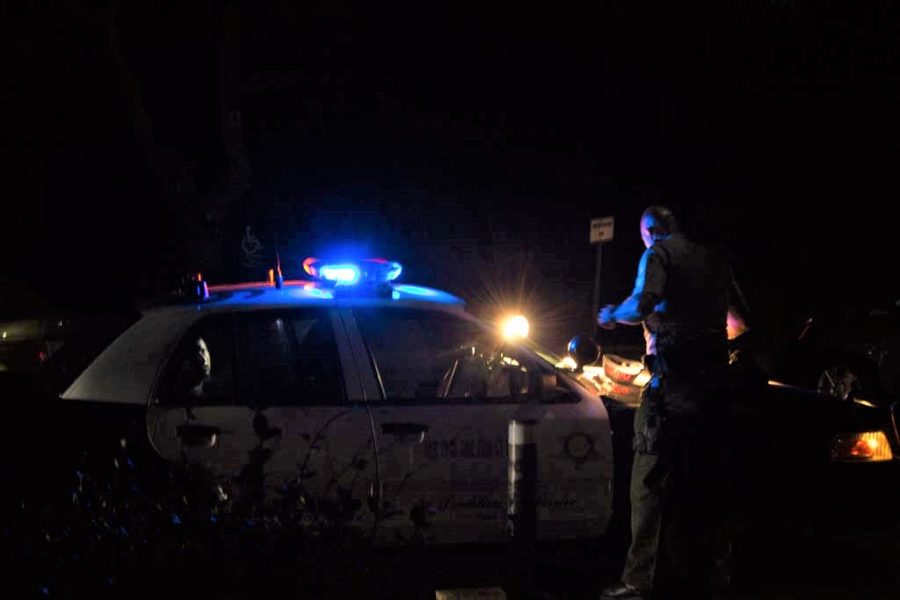 The campus went on lockdown after Campus Safety received a report from the Los Angeles Sheriff's Department of an assault with a deadly weapon and released an emergency alert of an active shooter at approximately 7:42 p.m.

After receiving the report, Campus Safety deployed officers to lower campus. Officers determined the two suspects did not have a gun, but apprehended them outside Hart Hall for assaulting with a deadly weapon a person in the area near Roma Drive and Whiterock Drive, streets adjacent to lower campus. The situation has been cleared as of 9:06 p.m.

One of the suspects entered through the lower campus entrance and ran by the exterior of Hart Hall toward Stewart Hall, stopping momentarily to speak to senior kinesiology major and Hart resident Kenton Tom, according to undeclared freshman Connor Pritchett.

“I was just eating dinner in my room and then I turned to put something down and there was this guy standing outside my window,” Tom said. “And he was beckoning me and telling me to come closer.”

Tom and his girlfriend, who was with him, did not approach. After about a minute, the suspect departed from the window and ran toward Stewart, after which Tom notified one of the resident advisors of Hart of the encounter.

Tom did not recognize the suspect, but described him as an adult male in his 40s.

“I had heard sirens off campus and then I got here and then I was walking to Hart… and [officers] told me, they were like, ‘Go back up,’” said junior business administration major Tony Rangel. “I didn’t know what was happening until I saw the alerts.”

Freshman biochemistry major Avalon Eickhoff was sitting in a car when she received the text message alerts from Campus Safety.

“[I was] just kind of confused, a little worried,” Eickhoff said.

Campus Safety is currently working with the Los Angeles Sheriff's Department to resolve the incident.

This is a developing story. Please check back later for updates.