Elevator maintenance past due 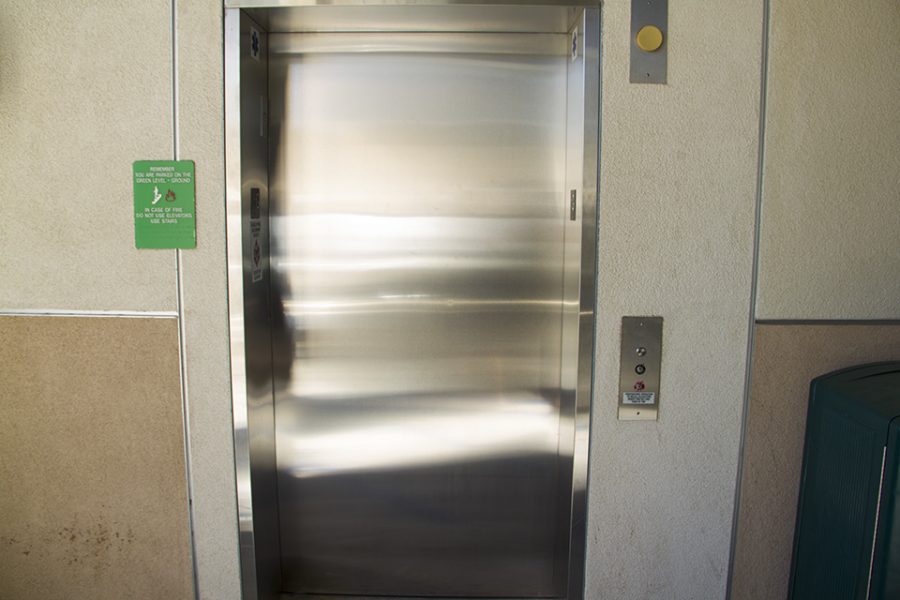 Several of the elevators around campus have gone past their inspection date, causing students and facilities management to share their insights.

WAITING ON STATE
These elevators, which include Blackstone Hall, Horton Hall, the library and the parking structures, must receive maintenance every year. However, the California Department of Industrial Relations has yet to address the issue. The elevators remain three to four months past inspection date.

“We are already required to have regular maintenance on the elevators, so we’re doing that,” Cain said. “Industrial Relations started getting behind a while back. Most of them expired in June or July. We call and ask them when they’re inspecting, and they’re telling us that they’re slotted to inspect January of 2018.”
STUDENT EVALUATE RISK
The responses from Blackstone residents varied greatly. Some of them showed little, to no concern about the situation. Others said that they had great concern regarding the elevators and the current absence of inspections.

Hudson Szeto, a junior kinesiology major and a Blackstone resident advisor, also made a comment about the elevators. He showed absolutely no concern about them.

“I always live by this quote that I made about the elevator here. That quote is: ‘The stairs are broken.’ Basically, I would take the elevator regardless,” Szeto said.

Seth Gladysz, a freshman political science major and Horton resident, believes that the situation should cause some concern.

“I use the elevator on occasion, despite living on the second floor. I am concerned about something going wrong that could have been prevented with a simple inspection,” Gladysz said.

Jeff Marchand, a sophomore business administration major and Horton resident, believes that while the elevators seem safe, the concern lies in the liability of the university.

“The first few weeks I used the elevator quite a bit. I didn’t notice any mechanical strain, they didn’t shake, or do anything abnormal. But if they’re past their inspection date, I think that’s more of a liability issue. If something does happen and they’re past their inspection date, that’s something that could incur criminal charges. They don’t seem to be bad, but it’s more about liability,” Marchand said.

Cain stated that elevators receive maintenance regularly enough and there remains no cause for concern.

“Honestly, we have a great contractor that maintains them for us, we have a great relationship. The minute we sense a problem, we call him and he’s out here, so I’m not concerned. I know they’re functioning well. We’re very careful with who we choose to service our elevators,” Cain said.