Eagles win in straight sets in first-ever match against Academy of Arts. 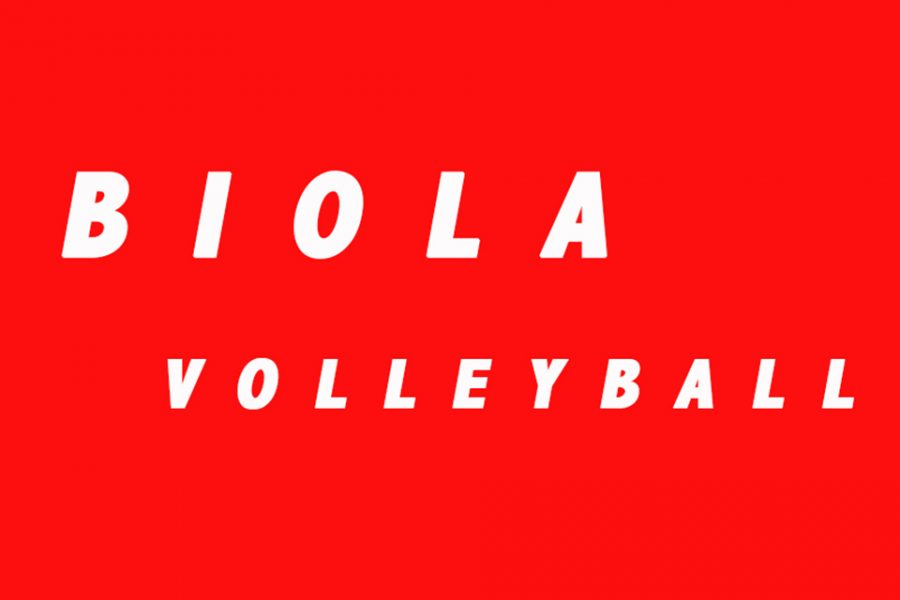 In Northern California for the second straight night, Biola took on the Academy of Arts University Urban Knights on Oct. 20. The Eagles pushed their winning streak to five straight as they won in decisive fashion with a sweep.

EAGLES COME OUT ROLLING
Biola started on fire in the first set, rattling off a run led by kills from junior middle blocker Sierra Bauder and junior opposite hitter Karly Dantuma to put the score at 9-3. A nine-point run from the Urban Knights put them in front 14-12, but the Eagles pushed back, scoring four straight led by an ace from junior setter Brinley Beresford. The two teams battled back and forth from there until the Eagles gained a set point at 24-22 off a kill from sophomore outside hitter Brooke Watts. A serving error from Academy of Arts gave Biola the set 25-23.

The second set started well for the Eagles as the Urban Knights committed several hitting errors and sophomore outside hitter Sabrina Winslow recorded a kill to take a 6-1 lead. They eventually stretched the lead to 13-6 off a kill from Beresford. Academy of Arts rallied, closing the gap to 17-13. Several kills later, the game stood at 23-21 off a kill from freshman middle blocker Bekah Roth. More Urban Knights errors gave the Eagles a 25-22 set two victory.
SECURING ANOTHER SWEEP
Looking for their second straight sweep, Biola started on a roll, scoring four straight points led by several kills from Roth. Kills from Dantuma, Beresford and Bauder pushed the lead to 12-2 as they continued to cruise. Yet another Bauder kill pushed the lead to 16-7 and an ace later in the set from senior libero Tess Van Grouw made it 19-9. A Dantuma kill made it set point and Winslow finished the sweep with a powerful kill.

Dantuma led the Eagles with 10 kills as she dominated at the net all night. Winslow and Roth each finished with seven for the match, and Beresford racked up an impressive 24 assists.

Biola played well at the net, led by Bauder and Winslow who recorded eight and four stuffs, respectively. Freshman libero Sami Hover racked up 11 digs to lead the Eagles while Van Grouw tallied 10.

The Eagles are back in action in Belmont, Calif. against Notre Dame De Namur University at 3 p.m on Oct. 21st.